Browse the article What Happens Next to A-68, Antarctica's New Gigantic Iceberg? 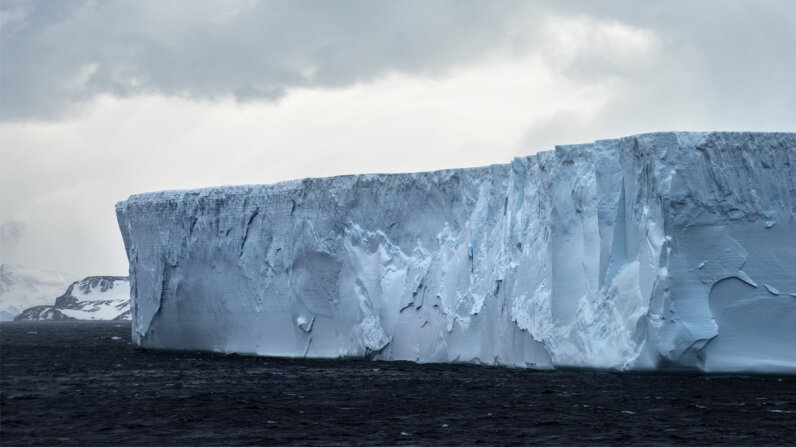 A tabular iceberg floats off the coast of Antarctica. Researchers are monitoring the massive iceberg A-38 (significantly larger than the one pictured here) to see whether it breaks up and how it affects shipping lanes. Ignacio Palacios/Getty Images

News broke on July 12, 2017, that the growing crack in Antarctica's Larsen C Ice Shelf finally had given way, and calved an immense 2,240-square-mile (5,800-square-kilometer) iceberg roughly the size of the state of Delaware.

Since then, the National Ice Center (NIC) has named the iceberg A-68, and is starting to track where it goes and what happens to it.

NIC says that A-68 is expected to drift east-northeast along the Antarctic Peninsula in the Weddell Gyre, a system of swirling ocean currents formed by global wind patterns and Earth's rotational forces. From there, it's likely to break up into a bunch of smaller icebergs before drifting to the north and entering the Antarctic Circumpolar Current. It's one of the strongest ocean currents in the world, flowing eastward and encircling the Antarctic continent, passing through the southern portions of the Atlantic, Indian and Pacific oceans along the way.

This animation created by NASA shows how a crack spread across the Larsen C Ice Shelf over a period of 11 years, leading to the creation of an iceberg more than 12 percent of the shelf's surface area.
NASA/USGS Landsat

Weather Network meteorologist Scott Sutherland notes that Iceberg B-15, a similarly massive piece of ice that calved from the Ross Ice Shelf, broke up into 28 pieces over the 17 years since its formation. Four of those pieces still are being tracked by NIC, and the biggest, B-15T, is about 256 square miles (663 square kilometers) in area.

The iceberg's disintegration process has already begun. Antarctic researcher Adrian Luckman tweeted on July 14 that A-68 already appears to have broken into two pieces. Sutherland writes that the iceberg's pieces could get trapped in inlets along the coast, but they'll most likely end up in the waters of the Southern Ocean, where they'll slowly melt. That process could take decades, meaning ships in the waters will have to navigate those obstacles.

And scientists aren't concerned only with the iceberg, but also with its former home, the Larsen C Ice Shelf, named after Norwegian explorer Carl Larsen. They're monitoring its stability following the loss of a substantial portion of its mass, and have already detected the potential for new cracks and massive icebergs.

Now, That's Interesting
Dan McGrath, a glaciologist at Colorado State University, said on NASA's website that scientists haven't yet determined whether the calving of Larsen C is somehow linked to climate change