What is the "milky sea" phenomenon? 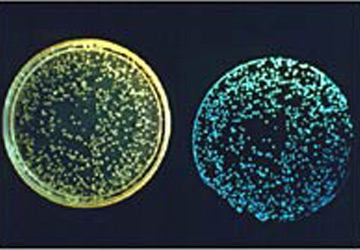 For hundreds of years, sailors have told tales of a mysterious event that takes place far out in the open ocean. They've recounted suddenly coming upon miles and miles of pale, milky, glowing waters, sometimes stretching as far as the eye can see. Unable to offer any legitimate explanation for this strange phenomenon, most people dismissed accounts of the milky sea as tall tales or simply figments of delirious, land-starved sailors' imaginations. The great science-fiction writer Jules Verne wasn't quite so dismissive, however, and he actually wrote a scene in his classic novel "Twenty Thousand Leagues Under the Sea" that depicts the submarine Nautilus coming across a glowing "milk sea."

Fast-forward to a more modern era, and ships are still reporting on strange seas that seem to be, as Verne put it in his book, "lactified," particularly in the Indian Ocean. Then, in 2005, a group of scientists led by Dr. Steven Miller of the Naval Research Laboratory in Monterey, Calif., decided to take a closer look at this supposed mariner's tall tale. They used data collected from satellite sensors to confirm a "milky sea" event reported in 1995 by a British merchant vessel called the S.S. Lima in the northwestern Indian Ocean.

On January 25, 1995, the Lima reported that, "on a clear moonless night while 150 [nautical] mile[s] east of the Somalian coast, a whitish glow was observed on the horizon and, after 15 minutes of steaming, the ship was completely surrounded by a sea of milky-white color with a fairly uniform luminescence … It appeared as though the ship was sailing over a field of snow or gliding over the clouds" [source: Miller].

Dr. Miller and his colleagues used the Defense Meteorological Satellite Program (DMSP) and its polar-orbiting satellites to detect the otherworldly event that the Lima's crew described. The satellite images did, indeed, reveal an area of low-level light in the northwestern Indian Ocean, about the size of Connecticut, at the date and time recorded by the S.S. Lima. Suddenly, the milky sea phenomenon didn't seem like such a tall tale.

Behind the Milky Sea Mystery

After they determined the milky sea wasn't merely a creation of sailors with overactive imaginations, scientists' task was to figure out what was causing it. They had help in the form of water samples collected from the western Arabian Sea in 1985 during a three-day milky sea event. These samples indicated the presence of a type of bioluminescent bacteria in the water, known as Vibrio harveyi.

Luminous bacteria differ from the more commonly known bioluminescent dinoflagellates, which are responsible for the glow occasionally produced in ships' wakes or in waves crashing on the shore during a red tide bloom. Dinoflagellates emit short flashes of light, while bioluminescent bacteria produce a faint, sustained glow. The bacteria use two substances in a chemical reaction to produce light -- a luciferin, or light-producing substance, and a luciferase. This second substance is an enzyme that catalyzes the oxidation of the luciferin, creating light as a byproduct [source: Miller].

Unlike dinoflagellates, which commonly use their bright light to ward off predators, bioluminescent bacteria may actually use light to attract fish. They want to be ingested because their favorite place to live is inside a fish's gut. Since these tiny bacteria only emit a very faint light on their own, they have to gather together to make much of an impact. Their collective glow can grow to massive, milky sea proportions when their numbers swell to a huge amount -- think 40 billion trillion [source: ScienceDaily].

Dr. Miller and his colleagues haven't determined exactly what causes the bacteria to gather in such enormous numbers, but he hypothesizes that the bacteria may congregate to colonize organic material in the water. In the case of the 1985 samples of Vibrio harveyi, scientists found the bacteria colonizing the brown/green algae Phaeocystis.

Now, with the aid of satellite systems such as the DMSP, scientists plan to continue their study of the milky sea phenomenon. They hope to get more definitive answers about the science behind this strange and ethereal sight.