Divers in the Eastern Mediterranean last month came across a treasure trove of sunken artifacts dating back to the Roman Empire, finding remarkably well-preserved metal figures, statues, lamps and coins.

The treasure was submerged 1,600 years ago when the cargo ship it was on, taking the metal items to melt and recycle, sank in the harbor of the ancient Roman port city of Caesarea, which is today part of Israel's Caesarea National Park. A layer of fine sand covered the artifacts, which helped protect the statues, leading authorities to say they looked as if they were cast yesterday.

An item recovered from a shipwreck in April 2016 off the coast of Caesarea.
Jack Guez/AFP/Getty Images

"These are extremely exciting finds, which apart from their extraordinary beauty, are of historical significance," said Jacob Sharvit, director of the Marine Archaeology Unit of the Israeli Antiquities Authority, in an official announcement of the discovery. "The location and distribution of the ancient finds on the seabed indicate that a large merchant ship was carrying a cargo of metal slated for recycling, which apparently encountered a storm at the entrance to the harbor and drifted until it smashed into the seawall and the rocks."

The find included figures in the image of the sun and moon deities, a lamp shaped like the head of an African slave, fragments of three life-size bronze cast statues, metal drinking vessels, artifacts shaped like animals and much more.

Two lumps of rusted-together coins weighed in at a total of 45 pounds (22 kilograms) and contained separate coins featuring the faces of Constantine the Great and Licinius, both emperors and primary rivals during an era of Roman civil war.

Calling it the best find in Israeli waters in more than 30 years, Sharvit said that "metal statues are rare archaeological finds because they were always melted down and recycled, in antiquity."

Sharvit said the lucky find may have come about due to the fact that there are more divers in the area these days, particularly following a high-profile discovery of thousands of 11th-century gold coins last year that's drawn treasure seekers to the waters.

We Talk With the Man Who Lived Like a Goat 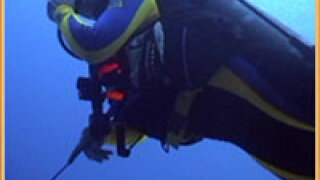 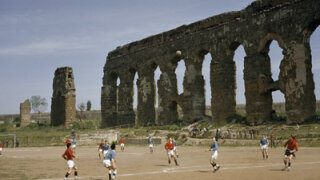 6 of the World's Greatest Missing Treasures