Browse the article What Is the World’s Shortest River? 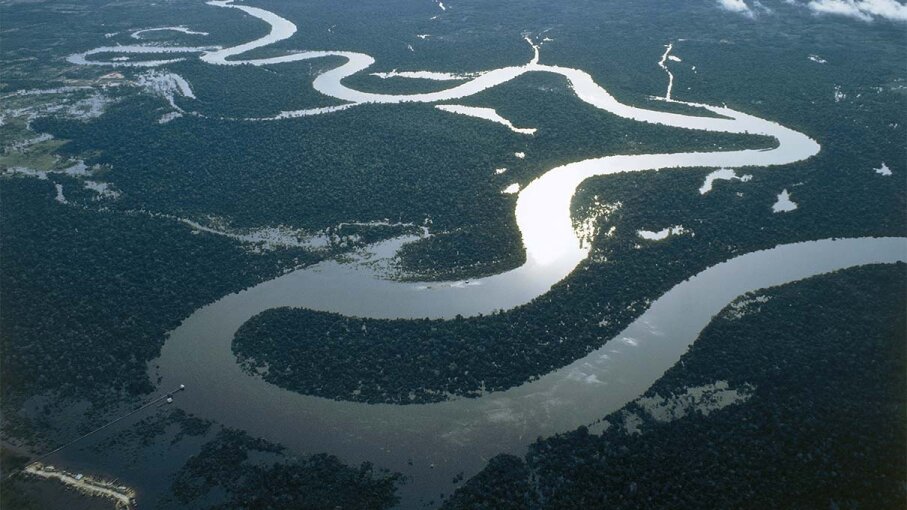 An aerial view of the mighty Amazon River, seen here in Peru. At 4,345 miles (6,993 kilometers) long, it runs through Peru, Bolivia, Venezuela, Colombia, Ecuador and Brazil. It is the world's longest river, but which river is the shortest? DEA/PUBBLI AER FOTO/De Agostini/Getty Images

Rivers are known for their long, meandering flows, but not all rivers run great distances. In fact, Montana's Roe River flows for a mere 201 feet (61 meters) between Giant Springs and the Missouri River.

The Roe River was named the world's shortest river in the 1989 Guinness Book of World Records. Before that year, the title had belonged to the 440-foot-long (134-meters-long) D River in Lincoln City, Oregon. Both rivers have been measured at various lengths at different times, and residents in both cities soon disputed which river should rightfully hold the title. In 2006 Guinness opted to avoid the controversy and dropped the category altogether.

But can a river truly only flow for 65 feet? The truth is, the definition of a river is fairly broad. According to the U.S. Geological Survey, a river has constant flowing water in the form of a current, it's fed by upland sources and it deposits water in the ocean, another river, lake or watershed. Generally speaking, creeks and brooks flow together to form streams, streams flow together to become rivers and rivers ultimately transport water from higher elevations to lower ones, ending in the ocean.

In 1952 a geoscience professor at Columbia University named Arthur Newell Strahler proposed a system for classifying streams and rivers. According to the Strahler Stream Order Classification, there are 12 stream orders, ranked according to tributaries. Tributaries are streams or rivers that don't flow directly into the ocean but feed a larger stream or river.

Level one and two streams flow into and feed larger streams and don't have other streams feeding them. Headwater streams, which flow into the upper reaches of a watershed are ranked from first to third order and make up over 80 percent of the world's waterways. Streams ranked from fourth to sixth order are considered medium-sized and are fed by other streams, while anything above six are fed by multiple tributaries and are considered rivers, according to the system.

The Mississippi River is an eighth order stream and the Amazon River, which carries more water than any other waterway in the world, tops the charts as a 12th order stream. The mighty Amazon River carries water for 4,345 miles (6,993 kilometers), making Montana's Roe River seem like a tiny trickle in comparison.

Now That's Shameful
The most polluted river in the world is the Citarum River in Indonesia. The Buni clay pottery-making culture grew and thrived there in prehistoric times, but now the river is so full of plastic, household and industrial waste, raw sewage and other human refuse, that the river’s water is practically invisible.