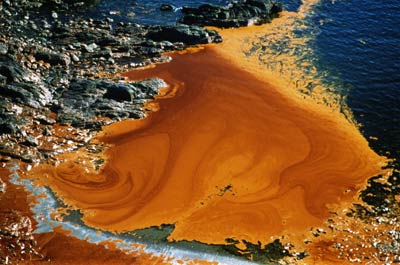 ­Proponents of ANWR oil drilling point to the fact that wildlife at nearby Prudhoe Bay hasn't been affected significantly since drilling operations started in the 1970s. On the flip side, the National Academy of Sciences published a March 2003 report on the environmental impact of potential ANWR drilling, suggesting that drilling operations in Area 1002 would change migration patterns of bowhead whales in the Beaufort Sea (Inupiat Eskimos hunt the bowhead whales). Other potential ramifications include modifying the distribution and reproduction of caribou herds on which the Gwich'in Indians depend, as well as altering area populations of predators and migratory birds.

Many environmentalists argue that ANWR should be left in its pristine condition. Drilling advocates fire back that native tribes already live there, so the area isn't pristine.

­Another big argument against drilling is the possibility of a large oil spill. No major spill has occurred ­as a result of Prudhoe Bay operations in decades, but in March 2006, a corroded pipeline dumped 200,000 gallons (757,082 liters) of crude oil onto the tundra at Prudhoe Bay. BP Oil pleaded guilty to a federal misdemeanor over the spill and was fined $20 million [source: Rosen]. In addition, in April 2007, a tanker truck leaked 7,000 gallons (26,498 liters) of diesel fuel onto a frozen pond and the surrounding tundra in Prudhoe Bay [source: Petroleum News]. Oil drilling and extraction aren't clean activities. The worst fear is that an accident on the order of the Exxon Valdez oil spill could permanently devastate the ANWR environment

The controversy over oil drilling in ANWR continues with no resolution in sight. So, what are public opinions on drilling? It depends on whom you ask:

No doubt that as America's oil dependence continues, so will the controversy over whether to drill in ANWR. Ultimately, the decision rests with the U.S. Congress and the political process.