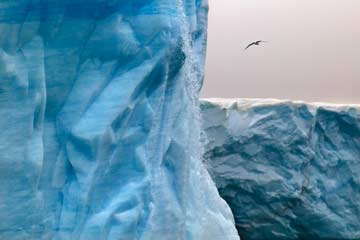 All that arctic certainly isn't going to exploit itself. So just who has a claim to the frozen north and all the precious fossil fuels beneath it?
Tim Hibo/Digital Vision/Getty Images

For the longest time, the Arctic wasn't exactly a high priority for the nations of the world. It was a frozen wasteland, a place where native peoples carved out a harsh existence and daring explorers risked everything for fame. Outside of early efforts to discover a Northwest Passage, it was hardly thought of as an economic Shangri La.

Under the 17th century Freedom of the Seas doctrine, the Arctic belonged to no one. Explorations continued and, occasionally, fictional mad scientists chased their monsters there to die. But largely, the Arctic continued to exist on the outskirts of international politics. Naval conflict entered its waters in both world wars and its skies and waters played host to Cold War machinations, but what else was there to gain from all that ice?

Meanwhile, the world's insatiable appetite for fossil fuels grew and offshore drilling technology continued to improve. Between 1973 and 1982, representatives from around the world established the United Nations Convention on the Law of the Sea (UNCLOS). Ratified in Nov. 16, 1994, the legislation governs navigation rights and addresses various environmental concerns in the region.

Although the Antarctic treaty of 1959 limits human interaction at the South Pole to purely scientific pursuits, UNCLOS provides a framework for exploitation in the north. It gives Canada, Denmark, Norway, Russia and the United States all legal claims to valuable seafloor territory -- as well as the possibility to seize even more of it.

The Arctic landgrab continues. Just who will command Arctic resources in the 21st century?

Carving up the Arctic 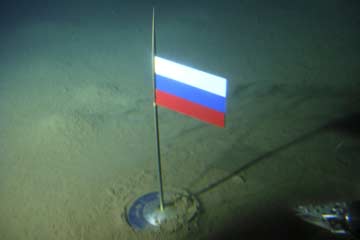 Make no mistake: Canada, Denmark, Norway, Russia and the United States aren't just fighting over table scraps when it comes to Arctic petroleum reserves. The U.S. Geological Survey estimates that 13 percent of the world's undiscovered oil and 30 percent of its undiscovered natural gas rest beneath the Arctic's ocean floor [source: Morello]. That means 90 billion barrels of oil and 1,670 trillion cubic feet (47 trillion cubic meters) of natural gas may be at stake [source: USGS].

The United Nations' Law of the Sea (UNCLOS) treaty allowed for coastal countries to lay claim to waters extending up to 200 nautical miles off their shorelines. Under the treaty, countries had until May 19, 2009 to request up to 350 nautical miles. All they had to do was prove that the area was part of the country's continental shelf, the sloping undersea plain that runs from dry land to the deep, open ocean.

The UNCLOS provisions led to a scramble for Arctic territory. Unlike landgrabs of the past, costly scientific surveys, rather than colonization and military conquest, ensured each country a bigger slice of the pie. Even the United States invested heavily in Arctic mapping, despite continued reluctance to ratify the 1994 treaty. As of August 2009, U.S. lawmakers still hadn't ratified the UNCLOS, despite continued rumblings about doing so.

Controversy remains, however. Each country's surveying efforts naturally aim to win them as much Arctic territory as possible. And just where does one country's continental shelf end and another's begin? Take the Lomonosov Ridge, for example. This undersea mountain range crosses the Arctic between Greenland and Russia. Russia claims the area is an extension of the Asian continental shelf, while Canada and Denmark argue it's an extension of North America. It should come as no surprise that all three countries continue to produce scientific findings to back their claims.

Plus, it may be the 21st century, but dramatic displays of power still resonate strongly -- as Russia has demonstrated on several occasions. In August of 2007, much to the irritation of its competitors, Russia planted a flag on the seafloor beneath the North Pole. As if this statement weren't bold enough, the Russian military has announced plans to drop paratroopers onto the Pole. In analyzing the nation's top security threats, Russian officials went so far as designating it an area of potential military conflict by 2020 [source: Halpin].

So who owns the Arctic's oil? The answer is Canada, Denmark, Norway, Russia and the United States. The really troubling questions, however, deal with just how much of the spoils each country will claim -- and just how far they'll go to assert them.

Explore the links on the next page to learn even more about fossil fuels and humanity's tireless hunger for them.