Since 70 percent of the global demand for energy is met by burning fossil fuels such as coal and natural gas, it's not surprising that we're pumping enormous amounts of climate-warning carbon dioxide into the atmosphere — an astonishing 35.8 billion tons (32.5 billion metric tons) in 2017, according to the International Energy Agency.

But even with clean energy sources such as wind and solar power increasing rapidly across the planet, we're probably still going to be using fossil fuels as well for the foreseeable future. That's why many are looking to carbon capture technology for power plants as a way to reduce emissions. The Petra Nova power plant near Houston, currently the world's biggest post-combustion carbon capture facility, kept more than 1 million tons (907,000 metric tons) of carbon from going into the atmosphere in the first nine months after it went online in January 2017.

Using the Carbon We Capture

But that leads to another question. What do we do with all that carbon dioxide? Storing it underground is one option. But in an article published on March 29, 2018 in the scientific journal Joule, a group of Canadian and U.S. scientists describe an even more intriguing solution. Captured CO2 could be converted into other molecules to create fuels to store energy generated by wind turbines or solar panels, as well as to supply raw materials to make plastic and other products.

"Consider this as a form of artificial photosynthesis," Phil De Luna, a doctoral candidate in Materials Science Engineering at the University of Toronto and one of the article's authors, explains. "Plants take CO2 and sunlight and water and make sugars and other things they need to live. We're taking energy and CO2 and converting it into things we can use."

According to De Luna, converting excess CO2 to fuel as a storage medium would solve one of renewable energy's intermittency problems — that is, the dip in output that occurs when the sun goes behind the clouds or the wind stops blowing. And as a liquid, it also would be easier to transport than energy stored in heavy, bulky batteries.

When it comes to renewable energy, "There's a huge gap in storage right now, and this CO2 provides a solution," De Luna says.

Captured CO2 also could be used to make feedstocks such as ethylene, a chemical feedstock derived from oil and natural gas that's the starting point for plastics (as this primer from Pennsylvania State University details). That would not only store the carbon, but also help reduce the demand for oil and gas. The process could even provide a solution for the growing environmental problem of plastic pollution, much of which makes its way into the world's oceans. Plastic could be recycled more effectively by burning it, capturing the CO2 and using it to make new plastic. "Now, you've got a closed loop that could reduce plastic waste," De Luna explains.

Direct Extraction from the Atmosphere

Even as power generation gradually shifts to renewable sources, there still will be plenty of CO2 emissions to capture from other industrial sources, such as steel mills and cement manufacturing plants, De Luna says. Ultimately, we might see large-scale CO2 factories that extract carbon directly from the atmosphere. (Climeworks, a Swiss company, already is pioneering such technology).

"In the grand vision, we'd never need to extract fossil fuels from the ground at all," De Luna said. "You could make products out of CO2 taken from the atmosphere."

Though current technologies for CO2 conversion are still in their relative infancy, De Luna and his colleagues expect to see major breakthroughs in the decades to come. Electrochemical conversion of CO2 is the closest to commercialization, they note in the article. Fifty years or more down the line, CO2 may be converted using molecular machines or nanotechnology.

"This is still technology for the future," Oleksandr Bushuyev, another co-author and a post-doctoral fellow at the University of Toronto, noted in a press release. "But it's theoretically possible and feasible, and we're excited about its scale up and implementation. If we continue to work at this, it's a matter of time before we have power plants where CO2 is emitted, captured, and converted."

Now That's Interesting
De Luna and his colleagues at the University of Toronto's Sargent Group are among the semifinalists for the Carbon XPrize, a $20 million global competition to develop breakthrough technologies to convert CO2 emissions into valuable products such as fuels, building materials and items for everyday use. 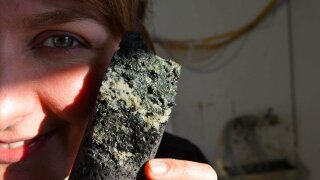 Turning Captured Carbon Emissions Into Stone Could Be Easier Than Expected 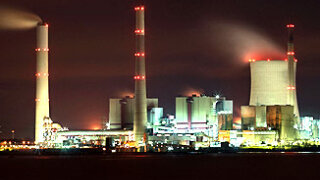 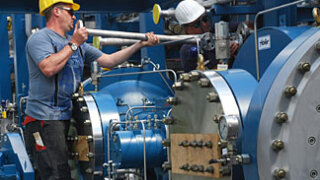