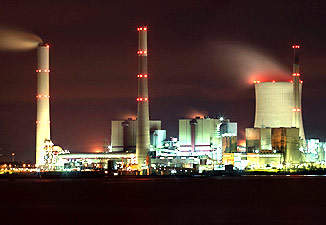 How much do you know about carbon capture?
Thinkstock

It's not news that we're spewing carbon dioxide into the atmosphere faster than the planet can deal with it. What is news, however, is that the futuristic technologies being tested to deal with all that CO2. Methods such as carbon capture and sequestration, or CCS, as those in the know call it.

There are lots of ways to achieve CCS. But this boils down to capturing the carbon dioxide right at the source, such as a coal-fired power plant. It's then compressed, transported and injected deep into the Earth to keep it out of our atmosphere. That last bit there would be the "sequestration" part of the whole process.

The sequestering takes place in a geologic formation, usually something like a saline aquifer. University of Texas at Austin geologist Susan Hovorka said at a conference in 2007, "It will never come out." However, it will leach minerals from the surrounding rocks and corrode well equipment.

Norway currently has two CCS projects operating to separate CO2 from natural gas. The CO2 is pumped into the ground in an effort to get more natural gas out -- and to sequester the CO2 at the same time. The Norwegians have 30 years of data on the process and they claim it's all going quite swimmingly.

A similar procedure, known in the U.S. as "huff-and-puff," is being tried by the U.S. Department of Energy. Carbon dioxide was injected into an oil well (huff), left alone for two weeks with the "in-place oil," and then the well was put back into production (puff). The test resulted in double the amount of oil production and allowed for the testing of CO2 monitoring tools. The test was also deeper, hotter and under more pressure than most sequestration sites to date, according to a recent article in the Carbon Capture Journal.

As scary as it sounds, CO2 sequestration seems to be pretty safe so far. And there are lots of geologic sites that fit the CCS bill: a porous reservoir sealed by mudstone or salt rock, deep enough and pressurized enough to keep the carbon dioxide liquefied. It's more common than you might think. The alternative is letting CO2 continue to spew into the atmosphere and it's becoming apparent that that's probably not such a good idea. More hot summers and frequent hurricanes, anyone?