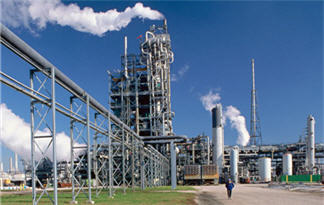 How much do you know about clean coal?
iStockphoto/Thinkstock

There's a short and long answer to this question, and they both start the same way. If you came looking for the short answer, a succinct, unequivocal 'No' will do. If you're interested in the longer one, you'll need the basic background info first:

Clean coal, you may know, is most often the term used to described the process of Carbon Capture and Sequestration or CCS. Just as it sounds, it involves trapping the carbon pollution emitted as a byproduct from coal-fired power plants, and 'sequestering' the stuff underground. Coal plants are the number one worldwide contributor to climate change, since coal emits much more carbon dioxide than its fellow fossil fuel mainstays, oil and gas, when burned. And since 30% of the world's energy is generated in coal plants, the proposition of hacking already existing coal plants to be clean power sources is an alluring one indeed.

And that's why politicians love the idea of clean coal, because it would let them have their cake and eat it too. They can promise miners, plant workers, and industry that we won't have to kill coal power to save the environment -- we just need to fix it with some shiny new technology. Unfortunately, that's just simply not the case. For many, many, many reasons.

First of all, let's address the elephant present in every room that the phrase 'clean coal' has ever been uttered in: Yes, it's an oxymoron. No matter how successfully technological advances may allow us to sequester coal and transport it to the bowels of the earth, mining, moving, and processing the stuff remains a dirty, dirty job.

Extracting coal is ugly business. These days, it often means engaging in mountaintop removal mining, which involves dynamiting pristine mountains to expose the coal seems within. The process results in contaminated waterways and the release of dangerous chemicals, along with devastated natural environments. But even non-MTR coal mining operations can contaminate groundwater with hazardous chemicals and leech pollution into surrounding habitats. Finally, coal must be shipped to the power plants where it will be burned. This can mean coal trains, truck convoys, or emissions-belching transocean frigates -- all of which pollutes in its own right.

And all this is to say nothing of the 100,000 plus American coal miners that were killed on the job over the last 100 years or so.

Point is, mining coal will never be clean. There's simply no way to extract and ship the stuff in a way that could be considered a long-term solution to pollution.

But even with the 'clean coal' technology that you've perhaps heard so much about, prospects are dubious that CCS could ever be a cost-effective way to provide low-carbon energy.

And there are a number of reasons for this. First and foremost, CCS technology is still exceedingly expensive and largely unproven. The United States' highest profile CCS operation, FutureGen, touted by both the Bush and Obama administrations, has been shuttered after draining nearly a billion dollars in funding.

And even if the technology needed to safely pump coal exhaust underground were secured, there'd still be the problem of volume. All that CO2 has to go somewhere, and carving out enough underground space for years and years and years of processed gas is a daunting task indeed. Plush, some scientists think injecting all that CO2 underground may pose acute environmental and health risks, while others are concerned it may actually incite earthquakes. For these reasons -- primarily the volume issue -- two Texas scientists recently labeled the technology "profoundly non-feasible" in a comprehensive study.

Add to the mix that coal itself is a very finite resource -- though industry reports conclude we have enough of the stuff left in the United States to meet current power demands for an estimated 200 years or so, industry reports have been shown time and again to be overly rosy. In fact, many analysts believe we'll soon hit 'peak coal' production, and worldwide, supplies will quickly diminish. Already European nations once rich in coal (England, Germany, etc) have seen their domestic production rates decline dramatically, and have been forced to import the stuff from China, Australia, and the U.S.

Furthermore, the quality of the coal that we mine is declining, as we're using up the good stuff with high concentrations of energy and we're left with dirtier stuff that burns much less efficiently. And even that will become harder and more expensive to get at as worldwide demand booms and supplies are exhausted.

To recap: Clean coal would still require extraordinarily dirty mining and excessive shipping programs. The technology itself is unproven, and may have environmental problems of its own. Finally, even if the technology were perfected, coal has a finite supply, and relying on it as any part of a long term solution to pollution is folly indeed. In other words, 'clean coal' is only a long term solution for politician's campaign platforms -- nothing more.

How Landfills Work
What is the greenhouse effect?
How Offshore Drilling Works