How many people can our energy supply support? 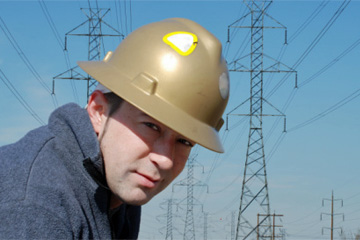 Your job is safe, man. The U.S. utilities sector employed 558,640 people in May 2009, according to estimates from the U.S. Bureau of Labor Statistics. And it looks like our energy addiction won't be waning any time soon.
Hemera/Thinkstock

We don't have to tell you that the world needs energy -- and lots of it. After all, you wouldn't be reading this article if it weren't for that vast reserve of fuel we collectively call the energy supply. Without the help of nonrenewable energy sources such as coal or renewable ones like wind, we couldn't heat our homes, run our cars, cook our food or surf the Web like you're doing right now. The energy supply is a vital resource.

Day in and day out, the United States -- with only 5 percent of the world's population -- consumes nearly one-quarter of the world's total energy supply [sources: U.S. EIA: International Energy Statistics, NRDC, CIA ]. Here's how that energy consumption broke down in 2009, according to the U.S. Energy Information Administration:

So America has a thriving dependence on energy and specifically on fossil fuels, whose threat of depletion looms large across the globe.

But America isn't alone in this energy addiction. Europe's reliance on energy has forced it to turn to a resurgent Russia to supply its demand [source: Council on Foreign Relations]. And India is expected to jump to third place in energy consumption by 2030, behind only the United States and China [source: Woodrow Wilson Center].

Decades of dependence on fossil fuels have not only sparked wars but also led to disasters like the Deepwater Horizon spill. How long until demand for fossil fuels outstrips the supply? And as the world's population continues to increase, how many people can our energy supply support?

Let's take a look at the energy supply's past performance before we get into predictions. In 2007, the global population of almost 6.7 billion people was consuming 495.2 quadrillion British thermal units (Btu) [source: U.S. EIA: International Energy Outlook 2010]. A Btu, in case you need a quick reminder, stands for the amount of heat necessary for making a pound of water rise by 1 degree Fahrenheit (0.6 degrees Celsius). What about the future? Here's what the U.S. EIA predicts:

So the energy supply can support 8.5 billion people, according to the experts at the U.S. EIA. No doubt our energy consumption will change in the intervening 20 or so years, with renewable energy sources factoring more heavily into the picture. In fact, that shift may be taking place already. China has become the world leader in both wind turbine and solar panel production, and Europe is establishing a renewable energy grid linking wind power from Scotland to hydropower from Norway [sources: Bradsher, Jha]. But no matter the source, someday 8.5 billion people will be relying on the future energy supply.

Keep reading for more links about the energy that powers our world.

450 Huge Geometrical Earthworks in the Amazon Hint at Past Civilizations
What's the biggest archaeological find in history?
Understanding Quantum Photovoltaics