How do engineers control the criticality of uranium? 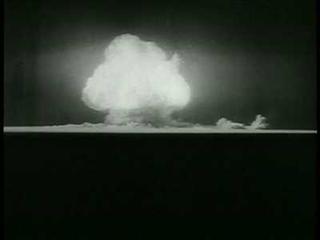 A nuclear reactor's status depends on the criticality of the uranium mass, and there are a number of possible factors. Critical mass means that when one atom of U-235 in the uranium mass splits, one of the free neutrons (on average) hits the nucleus of another U-235 atom in the mass, causing that nucleus to split, and so on, continuously. If, however, fission doesn't happen at that frequency, then at some point the process of induced fission will stop, and so will the power it generates. This is called subcritical mass. The third possibility is when more than one of the free neutrons hits other atoms of U-235, causing the mass to become supercritical, and as a result the reactor can heat up.

For a nuclear bomb to go off, the uranium mass has to be extremely supercritical, so that all the U-235 atoms split at once, and not in sequence. This happens in one microsecond. However, in a nuclear reactor, criticality has to be controlled, otherwise if all the atoms split at once disaster can strike. To keep the reactor at critical level, in which the mass exists at a stable temperature, the core temperature has to be lowered and raised, which means it has to be kept at a slightly supercritical level. This is done with control rods, which prevent overheating by absorbing free neutrons.

The amount of U-235 atoms in the uranium mass and the shape of the mass are important factors in controlling criticality of the uranium. If the mass is in a thin sheet, then free neutrons from splitting atoms will fly off, and they won't hit other atoms. To attain a state of critical reaction, the optimal mass shape is spherical, with 2 lbs (0.9 kg) of U-235 in it. This is the amount known as the critical mass of uranium.