What is enhanced oil recovery? 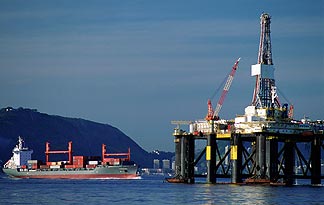 By this point, it’s universally acknowledged that there’s a finite supply of oil to be recovered. While alternative, renewable sources of energy are being developed, the oil industry is concentrating on finding new locations for drilling and getting as much as possible out of existing wells. That’s where enhanced oil recovery comes in. The umbrella term refers to a variety of practices designed to increase a site’s oil output by as much as 50%.

Those practices break down into four categories: microbial, thermal, chemical and gas injection. Microbial involves sending genetically engineered microorganisms deep underground. There, they metabolize and produce biomass and carbon dioxide gas, which displace the oil and push it upward. They also plug holes in porous rock and make the oil less viscous, so it flows easily and directly toward the surface.

Thermal methods consist of injecting steam into the well, heating the oil and making it less viscous, so it flows less like molasses and more like water. In an ironic turn for the petroleum industry, a California company is using solar power to heat the water and improve oil production.

Both chemicals and gases are injected into wells to make it easier to extract oil. If two pipes run from the surface down into a pocket of oil, carbon dioxide and nitrogen can be pumped through one, forcing the oil up through the other (this is a crude simplification). Chemicals are sent down to lower the surface tension of oil, so droplets move more easily through the reservoir and up into waiting hands.

The problem with enhanced oil recovery is that all of these methods are last-ditch efforts. By the time they’re employed, almost all of the oil, and every drop that’s easily recoverable, has been sucked up. Thermal and gas injection are the more effective; chemical injection is largely avoided due to the high cost of the chemicals.