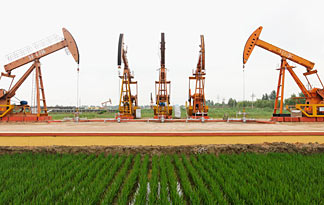 How much do you now about gas and oil drilling?
DCI

From locating new reserves to analyzing crude as it's refined, the oil and gas industry utilizes computer technology at every step of the way. Indeed, as proven reserves have dried up and new sources of oil and gas have become harder to find and exploit, computers have taken an increasingly important role in the industry.

That said, humans continue to be and essential part of the process. Though data may be collected and analyzed by a computer, it is a human, ultimately, that interprets the results and makes a decision to drill or move on. Though computers control the speed, force, and depth of a drill, it is a human that monitors and modifies the variables. And, of course, it is a human that makes the dangerous connections between drill pipes as the well pushes deeper.

Indeed, though computers have made drilling for oil and gas a safer and more efficient process, it remains a hands-on industry.

Automation as the Way of the Future

This does not mean that oil and gas drilling will never be "computerized" in the sense of automated. Already, small-scale rigs have been designed and implemented. These automated drilling rigs promise to make oil and gas drilling even safer by removing the need to have people at the most dangerous places of the drilling platform.

When such systems scale up to meet the demands of large operations, they will allow the drilling process to become safer and more efficient but also cheaper—something that is becoming an increasing concern as new reserves prove to be less profitable.