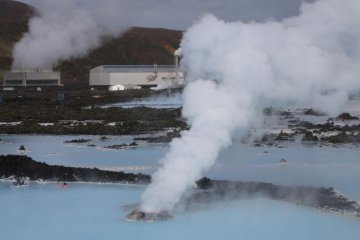 Humans have been enjoying water heated by the Earth for millenia. Bath, England, for example, got its name from the hot springs savored by relaxing Romans.

Nowadays, geothermal power plants also take advantage of water heated by the Earth's interior to boil water into steam. The steam then turns a turbine to make energy. Geothermal is cheap to operate, less expensive to build than nuclear and produces significantly less pollution than fossil fuels.

However, the need for accessible underground heat limited the technology to places like California, the Philippines, El Salvador and Iceland. But new technologies and maps of the Earth's crust are making geothermal a renewable energy competitor to fossil fuels, even in places like coal-rich West Virginia.

In fact, a recent study suggested the United States, already the world's top geothermal energy producer according to the Geothermal Energy Association, may have geothermal resources under its feet capable of producing 10 times the capacity of all coal plants now installed.

Want proof? Google it. The geothermal maps are available on Google Earth, which also helped fund the project.

Besides finding new sources of underground heat, advances in geothermal energy production are squeezing more juice from the beneath the Earth.

Many new geothermal plants can use water heated to as low as 57 degrees Celsius (135 degrees Fahrenheit). This system, called a binary cycle power plant, uses the hot water to vaporize another liquid with a lower boiling point. The secondary fluid then turns the turbines.

Using magma to boost the power of geothermal plants is way to boost energy output, as Discovery News reported. 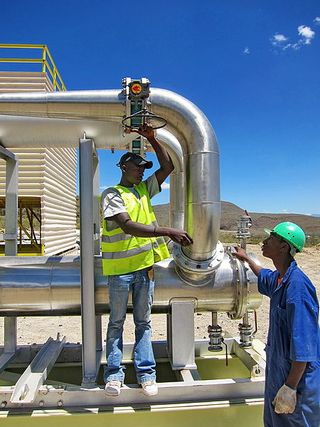 Another, still theoretical, type of geothermal energy production could also serve as a carbon sequestration system. Discovery News reported on the possibility of using carbon dioxide captured from fossil fuel energy plants in place of water in geothermal power plants.

Climate change isn't the only problem geothermal energy could help solve. Some of the world's least electrified regions, like Central America and Africa's Rift Valley, have tremendous geothermal potential.

"Combating climate change while simultaneously getting energy to the two billion people without access to it are among the central challenges of this generation. Geothermal is 100 percent indigenous, environmentally-friendly and a technology that has been under-utilized for too long," said Achim Steiner, UN Under-Secretary General and UNEP Executive Director in a press release.

"There are least 4,000MW of electricity ready for harvesting along the Rift. It is time to take this technology off the back burner in order to power livelihoods, fuel development and reduce dependence on polluting and unpredictable fossil fuels," Steiner said.

"From the place where human-kind took its first faltering steps is emerging one of the answers to its continued survival on this planet," he added.