How will hydro energy look in the future? 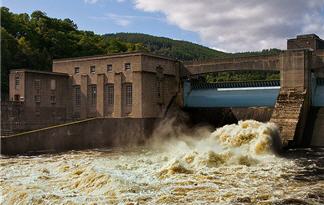 How much do you know about hydro energy?
baaker2009 / CC

From devastating tsunamis to being pulled by the current while swimming at the beach, we are innately familiar with the force and power of moving water. The ancient Romans used water powered mills to turn grain to flour; Welsh miners used water power to extract valuable metals from the earth as early as the first century A.D.

Today, behemoths like the Hoover Dam and the Grand Coulee Dam are the best known examples of hydropower production, but their time is running out. A long history of dam collapses and large-scale environmental destruction have dethroned major dams as the go-to source of water-generated electricity, and a wide range of new methods and technologies are being developed to make hydropower the energy of the future.

The Search for Better Energy 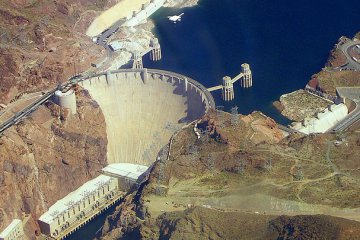 Hydropower is currently the largest source of renewable energy in the country, and the US Department of Energy is working to make it more efficient and environmentally friendly.

Four areas represent the future of hydro energy: tidal power, marine current power, wave power and osmotic power. In a candid note on its research page, the Department of Energy admits, "Every tidal and marine current project faces a cost efficiency issue and the cemetery of inventions is full of projects technically viable but economically bound to death."

But that doesn't mean they're not trying. More than two thirds of the research budget of its Water Power Program is dedicated to developing new technologies; it lists more than 300 projects in various stages that are working to turn the energy of moving water into electricity to power our homes, devices, and cars. 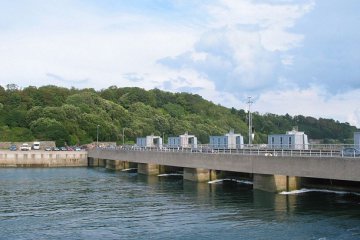 Unlike conventional dams, which halt the flow of rivers and release the water gradually to generate electricity, new ideas in hydro power focus on benefitting from moving water rather than controlling it. The basic idea is simple and works very much like wind power: place turbines in an area where water will turn them and produce energy.

While water doesn't move as quickly as wind does, it's denser and generates more energy per square foot. (The downside to this power is that underwater turbines must be built to withstand more force than wind turbines.) It's more dependable than wind and solar power; tides, ocean currents and waves are predictable and don't diminish with cloud cover. 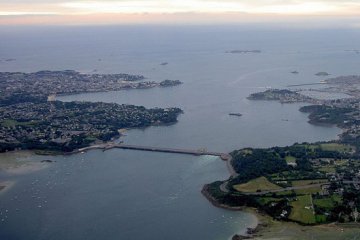 How can the ebb and flow of tides produce electricity?
DCI

There are several methods to generate electricity from the ebb and flow of tides. Tidal barrages are the most common; they are basically dams, usually built at the entrance to an inlet. Water flows in and out through sluice gates, moving turbines.

The Rance Tidal Power Station in Brittany, France, has been in operation since 1966, and was surpassed as the most productive of its kind by South Korea's Sihwa Lake Tidal Power Station in the mid-1990s. Although the sluice gates are designed to be a porous barrier, they still change water levels in estuaries and pose environmental problems similar to those caused by large dams.

Tidal fences, with vertical axis turbines, are cheaper and less damaging than barrages, but can be disrupting to large marine animals. Tidal turbines work just like wind turbines; individual poles are embedded in the seabed. 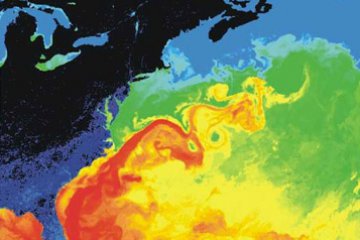 How much energy could the Gulf Stream produce?
DCI

In an assessment of the potential energy that could be generated by ocean currents, the Department of the Interior noted that capturing just .1 percent of the Gulf Stream's energy could meet 35 percent of Florida's annual electricity needs. Put another way, there's 21,000 times more energy in the Gulf Stream than in Niagara Falls.

The challenge is getting turbines into the seabed or on underwater platforms and keeping them in working order. One idea, from Darris White of Embry-Riddle Aeronautical University in Florida, forgoes the fixation on keeping the turbines in place. White is working on autonomous turbines that would act like schools of fish, traveling with the current and communicating with one another via sensors. 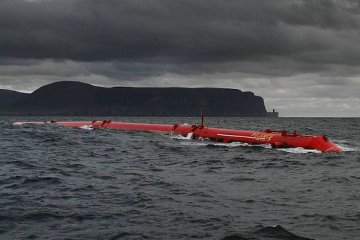 Can we turn waves into electricity?
DCI

Surfers and bodyboarders know just how powerful a big wave can be, and scientists are onto the scent as well. So far, the Pelamis Wave Converter is the most developed technology for converting waves into electricity. The 600 foot long red machine is made up of cylindrical sections linked together floating on the ocean's surface. Waves make the sections flex and bend, generating power.

In May of 2010, Pelamis launched the device off the shores of Scotland, and is hoping to have hundreds more in seas around the world in the next decade. More recently, an even more impressive technology has been proposed: British designer Phil Pauley is working on marine solar cells, connected by a web, that would collect both solar and wave power. 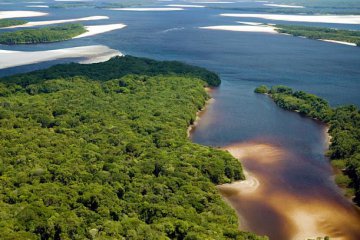 How does osmosis fit into the future of hydropower?
DCI

Ebbing tides, ocean currents and crashing waves are all easy enough to understand, but it's a bit trickier to see how osmosis fits into the future of hydropower. When seawater and river water are separated by a membrane that only the latter can cross, osmosis naturally pulls them together. The resulting brackish water flows with enough kinetic energy to generate electricity.

If that seems a bit complicated, imagine trying to make it actually happen. But the last few years have seen great progress in the technology, notably the development of a membrane cheap and dependable enough for commercial use. The upside is that time of day, weather and the season play no part in the process, meaning everything is easier to control. The downside is that salinity levels in bodies of water are inevitably changed, making it harder for fish and other marine species to survive.

What the Future Holds 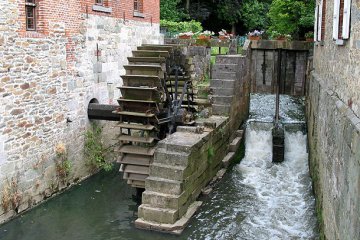 What does the future hold?
DCI

While it’s impossible to know which of these methods will bear more fruit than others and what technologies will be invented to take advantage of new sources of hydropower (water displaced by whales? cannonballs into swimming pools?), it’s a safe bet to say that in the future, more of our energy will come from the 70 percent of the planet covered by water.

Environmental considerations have to be weighed carefully, especially given that a major motivation for developing new energy sources is to wean ourselves of fossil fuels. But my bet is that in five to ten years, tidal pools, currents like the Gulf Stream and breaking waves around the seven seas will be keeping the lights on.