What is the immediate impact of renewable energy? 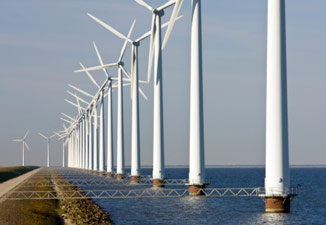 Few people would argue that if we want to fight global warming and achieve energy independence, we need to move away from fossil fuels and toward renewable energy. But critics suggest that we won't see the positive impact of switching to renewable energy until the distant future. Are they right? Let's take a look at how the economy would be affected in the short-term by a switch to renewable energy.

Renewable Energy and the Economy

In 2003, Federal Reserve Board Chairman Alan Greenspan said that natural gas costs were a threat to the economy's future. States and the federal government are making moves toward renewable energy — moves that will have an immediate impact on the economy. For example, in an attempt to halt soaring gas prices, the Colorado Public Utility Commission now requires that wind plants be one of the sources of energy generation for the state.

For consumers, renewable energy means saving money, since renewable energy production is often more efficient. For example, biogas electricity plants that harness energy from, of all things, compost and waste, can produce about 30 percent more biogas in about a third of the time that it takes electric plants to produce energy. According to the American Wind Energy Association, in four years, enough wind plants could be built to eliminate the gas shortage of 3 to 4 billion cubic feet of gas per day, according to the American Wind Energy Association.

Switching to renewable energy sources could provide a needed kick for the economy. For instance, the Pittsburgh Post-Gazette reported on a 2007 study from the University of Tennessee, which found that moving toward sources of renewable energy could increase net farm income by $460 million and create approximately 44,000 new jobs in the state of Pennsylvania alone.

While environmentalists have advocated for renewable energy for years, corporations and government officials are now jumping on the bandwagon because they believe the shift makes good business sense. For example, General Electric, leading supplier of wind energy in the United States, launched a grassroots "Capture the Wind" tour during which its representatives showed off a 131-foot wind turbine in nine states to promote renewable energy. Campaigns like this are aimed at spreading awareness about the potential for renewable energy. But many countries throughout the world have already made the switch, and, as a result, have seen the immediate impact that renewable energy can have. For example, by 2050, Germany could be using 100 percent renewable energy. As a result, the country will save billions in importing energy.