What is microbial enhanced oil recovery? 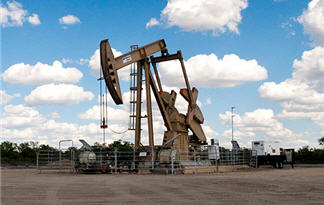 Even as researchers around the world are working to advance energy production from renewable sources like solar and hydro power, the technology of oil production (or recovery, seeing as the oil is ready-made and lying in wait underground) hasn't stagnated. Among the most promising new methods is microbial enhanced oil recovery (MEOR)- sending genetically-engineered microorganisms deep underground to send oil up into waiting arms.

One of the chief problems in oil production is getting all of it -- it's not as easy as drilling a hole in the ground and sucking it out. As more and more of the oil is collected, what remains eventually costs more to recover than it's worth, and at that point the well is abandoned. MEOR promises to push that tipping point further back than ever before, extending the productive life of oil reserves by as much as 11%.

Microbial enhanced oil recovery represents a three-pronged attack. First, the microorganisms break down crude oil, reducing its viscosity. It's a lot easier to drive it hundreds of feet upward if flows more like water than maple syrup.

The second method is displacement. As the microorganisms naturally metabolize, they produce carbon dioxide gas as well as biomass. Both of these displace the oil, pushing it toward the surface.

The last is called selective plugging. Rock this far underground is often porous, full of tiny holes into which oil can flow. Microorganisms are selected for their ability to produce exopolysaccharides, evolved to keep them from drying out. They become "waterproof" in a sense, and are directed to block those tiny holes, leaving the oil nowhere to go but up.

The key to microbial enhanced oil recovery research is designing microorganisms that will best direct oil upward. Those that can withstand extremely high temperatures and produce the right sorts of substances are rarely found in nature. This is where genetic engineering comes in: combining genes to create microorganisms that can work effectively in harsh underground conditions and subsist on inexpensive nutrients.

The elephant in the room is the environment. The unknown consequences of pumping foreign elements, even natural, living ones, into the ground provoke concern. Natural gas hydrofracturing has been proven to contaminate drinking water and cause earthquakes. It's hard to imagine that microorganisms would have seismic consequences, but no one knows what might happen.