Could nanocrystals be the next big fuel source? 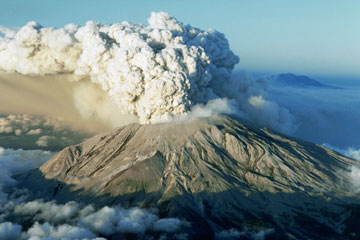 While humans haven't been able to control nano-sized particles until quite recently, nanoparticles have always existed. They are present in volcanic ash, like the plumes that blasted from Mount St. Helens in 1980.
© Gary Braasch/CORBIS

All week, you've been dreaming of a day at the beach. As you wriggle into UV-protectant swimwear, slather on sunscreen, and grab your camera and your sunglasses, nanotechnology is last thing on your mind. Yet it's a part of what you're wearing, holding and, to a large extent, using in your daily life.

Nanotechnology, which is the study and manipulation of matter so small it can't even be detected with a high-power microscope, lends UV-protection to your swimwear and sunscreen, anti-glare coating to your camera lens and scratch-resistance to your sunglasses. Nanocrystals, a type of nanoparticle, are used in products ranging from makeup and plastic storage bags to odor-resistant socks and home pregnancy tests. And someday, nanocrystals could power your car, items around your home or the office building down the street.

Nanotechnology is an emerging scientific field that's rich with possibility, but this ultra-microscopic matter wasn't created in the dark recesses of a mad scientist's laboratory. Nanoparticles occur naturally. They're found in sea spray, volcanic ash and smoke [source: Science Daily]. Sometimes, nanocrystals are a part of byproducts like vehicle exhaust or the fumes emitted during welding [source: Nano].

Nanocrystals range from 1 to 100 nanometers in size and are measured on a nanoscale. One nanometer is one-billionth of a meter, which is 1 million times smaller than an ant. So just how could a nanocrystal manage to become a powerful fuel source? After all, an average sheet of paper measures 100,000 nanometers thick, making it huge by comparison [source: Nano].

The key lies in the way nanocrystals behave. Particles of most sizes, no matter what they are made of, follow a common set of scientific rules. It's as if they've been collectively trained to keep their elbows off the proverbial dinner table; there are expectations -- borne out by observation -- about how these particles interact. But not nanocrystals.

Nanocrystals are willful, rebellious little things. And that is exactly why they could be the next big fuel source [source: Boysen].

Nanocrystals: A Potentially Big Solution in a Microscopic Package

As with most little things that don't behave as we expect them to, nanocrystals pose unique challenges. Take gold, for example. We recognize this particular metal for its signature golden color. If you were panning for gold, you would recognize even a small fleck of gold by its color. Reduce this fleck to a nanometer, though, and you will not be able to recognize it (even if you could see a nanocrystal). It will turn blue-green or red because the nanocrystals, since they are so small, are almost entirely surface area. This greater ratio of surface area allows the metal nanocrystals to absorb colors instead of reflecting them [source: Boysen].

While this little fact may impress your friends at parties, this knowledge -- that nanocrystals follow different rules than other matter -- could also impact the world's fuel sources. Not only can nanocrystals take on different qualities than larger particles of the same material, but they react differently with other elements. The smaller the particle, the more atoms it has at the surface; the more atoms at the surface, the greater the surface area and the greater the ability to interact with other elements.

Think about it like this: You're swimming in a cylinder of water that is deep but not wide. You can touch the edges of the cylinder by simply outstretching your arms and legs like a starfish. Then you decide to swim laps in a shallow pool the size of a basketball court. All things being equal, you'll come into contact with more of the water's surface area if you paddle around the shallow pool than float in the deep cylindrical one. That's how nanocrystals work, too. Their many small particles have more surfaces exposed to other chemicals or elements, which can lead to a greater rate of chemical reaction

Nanotechnology could make existing alternative fuel technology more viable. For example, corn is converted into ethanol, an alternative non-fossil fuel. But by the time the corn germinates and is irrigated, harvested, transported and then converted into ethanol, the process is not particularly cost- or energy-efficient. By using nanocrystals as a catalyst, an army of enzymes could efficiently and quickly dine on waste materials like wood chips or grass and convert them to ethanol [source: Understanding Nano].

There's just one problem, though. Nanoparticles, while naturally occurring, are more difficult to purposefully manufacture. Researchers haven't quite figured out a way to harness nanoparticles, let alone mass-produce them. When they do, we could have a renewable, efficient and inexpensive power source -- one that could potentially result in lower energy bills and vehicles with greater engine mileage.

Who coined the phrase?

In 1986, an American engineer named K. Eric Drexler wrote "Engines of Creation" and introduced the term nanotechnology. He was at the forefront of a burgeoning field of scientific study that went on to capture the imaginations of inventors and industries. By 2013, there were more than 40,000 patents with the word "nano" registered with the U.S. Patent Office [source: U.S. Patent and Trademark Office].

Turn on a flashlight and you're witnessing a fuel cell at work. At its most basic, a fuel cell is a power source that uses a chemical reaction to produce an electrical current. The battery inside the flashlight is a fuel cell that confines its chemicals into a tidy little package. Once the chemicals wear out and can no longer react with each other, the battery can be recharged or thrown away.

There is another type of fuel cell that relies on the intake of external elements. Instead of having all its elements enclosed, a hydrogen fuel cell, for example, needs access to peripheral elements like hydrogen and oxygen to produce electricity [source: CAFCP]. And this is where nanotechnology comes into play. The application of nanotechnology could make hydrogen fuel cells work more efficiently and make them less expensive to produce; this could result in lower prices for vehicles fueled by this type of alternative energy, as well as the production of fuel cells that require less energy to operate.

With nanocrystals in play, fuel cell manufacturing costs could also drop. Traditionally, hydrogen fuel cells use platinum as a catalyst to convert external elements into energy. Platinum is relatively rare and extracted through energy-intensive mining. By using platinum nanocrystals, it greatly reduces the amount of pricey platinum needed to make a fuel cell work. In some cases, nanocrystals of less-expensive materials like cobalt can be used to bypass the need for platinum altogether [source: Understanding Nano].

Nanocrystals could change the material used to construct fuel cells, too. Most fuel cells use liquid to connect electrodes because liquid is a better conductor than a solid material. But by infusing solid materials with nanocrystals, the materials themselves become more conducive, eliminating the need for a liquid conductor, which leads to saved space, increased conductivity and smaller fuel cells [source: Science Daily]. In the end, technology using some of the world's smallest particles could lead to the next big fuel source -- or at least a more efficient way to use the fuel sources we already have.

Hydrogen is one of the most abundant elements on Earth. It can be extracted from water and does not need to be manufactured like other fuels. When it is used as fuel, water vapor is the only byproduct. Today, researchers are hot on the trail of a new way to extract hydrogen from water. Using only sunlight and an inexpensive nickel nanocrystal catalyst, they can produce hydrogen fuel for several weeks before the process begins to slow down [source: Dume].

Author's Note: Could nanocrystals be the next big fuel source?

Imagining two swimming pools is a great way to visualize the structural differences of nanoparticles. Your narrow dive pool may be deep, or even contain a larger volume of water, but its surface area is much smaller than the wide, shallow lap pool. Nanoparticles, too, are left with a lot of surface area exposed, which can lead to a greater rate of chemical reaction. At least, that's what I'll be thinking about the next time I spend a lazy afternoon at the pool. 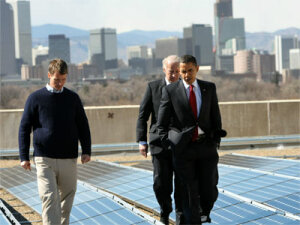