What is secondary oil recovery? 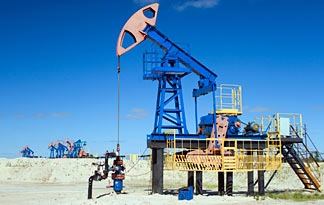 As oil and gas prices increase, the methods used to extract crude oil from the ground are getting more and more inventive. Reserves that were once out of reach, either because they were trapped in geological formations that were inaccessible or because the effort to recover them did not merit the expense, are now being mined. Advances in drilling technology and market demand are the two driving forces behind these new oil fields. If you live near one of these fields, you’ve probably experienced firsthand the increase in activity around these areas.

Pressure is Key to Production

Secondary oil recovery is employed when the pressure inside the well drops to levels that make primary recovery no longer viable. Pressure is the key to collecting oil from the natural underground rock formations in which it forms. When a well is drilled, the pressure inside the formation pushes the oil deposits from the fissures and pores where it collects and into the well where it can be recovered.

But this initial pressure is finite. In order to continue collecting the oil, the pressure must be maintained through other means. These tactics are referred to as secondary recovery techniques.

Thermal recovery is used in about 40 percent of oil wells and relies on heat to facilitate production. Injecting steam or heated water into the reservoir lowers the viscosity of oil, thinning it so that it flows more easily through rock formations and into the well.

The third method, chemical injection, is the least prevalent and is used in less than 1 percent of U.S. oil wells. This approach, also known as chemical flooding, uses solutions composed of micellar polymers and water to reduce the friction between oil and water. Like thermal recovery, this lowers the viscosity of the oil and increases flow.

Secondary recovery techniques are increasingly important in oil and gas exploration since employing these methods can result in a well being up to 40 percent more productive than with primary methods alone.