Elon Musk, the founder of Tesla and SpaceX, is known for thinking big. He's also chairman of SolarCity, started by his cousins Peter and Lyndon Rive. SolarCity, of course, is all about solar power. Recently, the company announced it had installed a solar microgrid on the American Samoan island of Ta'u. The grid aims to meet nearly all the power needs for the entire island inhabited by 600 people.

The microgrid consists of arrays of solar panels (5,628 to be exact) with 1.4 megawatts solar generation capacity and 60 Tesla Powerpacks (also known as rechargeable batteries) that can store up to six megawatt-hours of electricity. Electricity is a use-it-or-lose-it commodity — if you don't put it to work right away or store it in some other form, it's gone. The batteries allow the residents of Ta'u to access electricity even at night or during periods without sunshine for up to three days in a row.

Before Ta'u switched to solar power as its primary power source, it relied heavily on diesel fuel. Every year the island would use nearly 110,000 gallons (416,395 liters) of diesel. There's no way to produce this fuel on the island itself, so the residents had to import it from other regions. Sometimes the boat delivering fuel would fall behind schedule or couldn't make the crossing, and Ta'u residents would have to ration diesel, using it only during certain times of the day. SolarCity says that the solar power isn't just more environmentally friendly, it gives the people of Ta'u more independence from other regions. It makes Ta'u more self-sufficient.

SolarCity is also moving forward to market a solar roof product, which would allow customers to install solar panels and Tesla Powerwalls (like the Powerpack, these are batteries) in their houses. The company hopes to start selling these packages by mid-2017. Ultimately, Musk hopes to see a world where people are living off the grid, generating their own electricity for their homes and vehicles. And all thanks to the sun.

Now That's Interesting
In July 2014, Dharnai (and its 2,400 residents) became the first village in India to be totally powered by solar energy.

Can a U.S. President Remain in Business Once in Office? 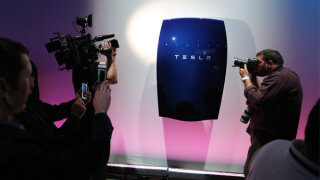 Is the PowerWall a Wonder? 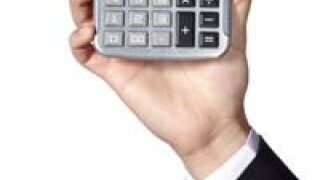