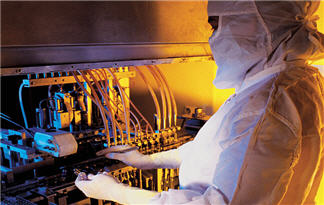 As the global climate change crisis mounts and the global population has surpassed 7 billion, the search for plentiful, environmentally-friendly energy has taken on new urgency.

Many point to nuclear power as a savior, but there are more than enough reasons for others to remain wary: disasters at Chernobyl and Fukushima loom large in the history of the technology. Germany has pledged to abandon nuclear energy completely by 2022; many in France want their nuclear-dependent nation to follow suit. With the aging power plant at Indian Point just 25 miles from New York City, safety concerns cannot -- and should not -- be brushed aside.

But the world's 442 nuclear reactors provide 16 percent of its electricity, and while alternative energy sources like solar and hydro power are growing, they will not be able to fill that gap in the foreseeable future. But what if nuclear energy was freed from fears of catastrophic chain reactions? If there was no threat of uranium becoming a deadly weapon in the wrong hands? Champions of thorium argue that that's no pipe dream. 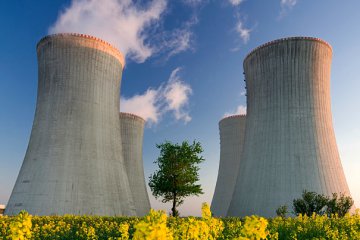 Thorium has a lot of upsides.
Corbis

Thorium, a naturally occurring radioactive element named for the Norse god of thunder, was discovered in 1828. It is only found as its isotope, thorium-232, which is just one neutron shy of being the lifeblood (and bane) of today's nuclear industry, uranium-233.

Thorium has a lot of upsides. It's three times more abundant than uranium and about as common as lead. Australia, the United States, Turkey, India, Egypt, Norway, Canada and South Africa all have significant deposits.

The radioactive waste produced by a reactor running on thorium lasts 10 to 10,000 times less time than the waste from traditional uranium reactors. Thorium does not have to be enriched, saving time, effort and money.

To be precise, thorium itself cannot be used to fuel a nuclear reaction. It must first be converted to uranium-233 by the addition of neurons. However, that process adds a significant safety feature: thorium cannot sustain a chain nuclear reaction like the ones at Chernobyl and Fukushima. Once the process of adding neutrons is cut off, nothing -- good or bad -- can happen.

The End of Dirty Bombs 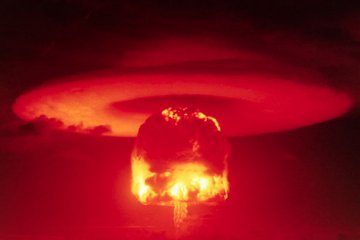 A major point of the anti-nuclear camp is that if uranium falls into the wrong hands, it could be made into a devastating weapon. But thorium is not dangerous in itself; it only becomes weapons-grade fissionable material (uranium-233) once it's already inside the reactor- where its theft becomes significantly less likely.

Of course, skeptics will counter that as long as there's any risk, nuclear power should be avoided. Solar panels and wind turbines can't threaten the lives of millions, so why not develop those technologies?

But those arguments will lose out to pragmatism: nuclear power's ability to consistently deliver enormous amounts of energy. The promise of thorium to reduce or eliminate the inherent risks that come with that energy is likely to outweigh any protest.