by Sarah Dowdey
Prev NEXT
7 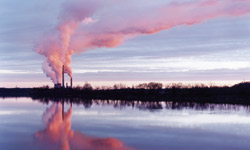 ­Fo­r some people, "clean coal" makes for an irreconcilable combination of words. After all, the sootiest, blackest of all major fuel sources has never had much of a reputation for being clean. But certain treatments ranging from the obvious (washing the crushed coal before it's burned) to the complex (avoiding the burning process altogether) can make coal seem like less of a sooty holdover from the industrial revolution.

­Clean coal technologies, or CCTs, help cut the hazardous byproducts of burning coal -- including the carbon dioxide emissions that contribute to global warming. But, of course, coal can only get so clean, so why spend money on technologies that make a dirty fuel less dirty instead of investing in alternative energy sources? Well, because coal isn't going anywhere soon. It's already got a strong hold on the world power market, providing 50 percent of the electricity in the United States and dominating large emerging economies like China and India (according to the U.S. Energy Administration). Until other fuels are as cheap and plentiful as coal, it's helpful to build and retrofit power plants and factories with CCTs. Find out all about it in What is clean coal technology?