by Sarah Dowdey
Prev NEXT
5 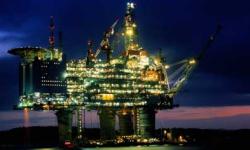 A colossal offshore platform lights up the night off the coast of Norway.
Arnulf Husmo/Stone/­Getty Images

­W­hen gas prices soared through the summer and fall of 2008, many consumers scaled back on their driving. They carpooled, took public transit and even telecommuted when business allowed. Some U.S. lawmakers, however, took the opportunity to ramp up a debate that's been going on for years -- whether to lift a longtime ban and open the protected areas of the U.S. outer continental shelf (OCS) to offshore drilling. While proponents of drilling think expanding offshore operations would reduce dependency on foreign oil and have few environmental consequences, detractors argue that the protected OCS would only produce a small amount of oil years down the road, and that extracting it would wreck a delicate ecosystem. President Bush lifted the executive ban in July 2008. Two months later, Congress followed suit and allowed the 26-year ban to expire. But that's not to say the debate is over. Offshore drilling proved to be a contentious topic during this year's presidential election. To learn more about the turbulent world of offshore drilling, read Why is offshore drilling so controversial?