by Eric Baxter
Prev NEXT
8 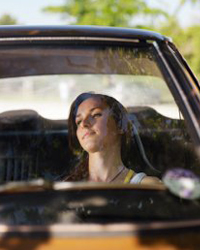 One of the most effective ways to help reduce tail pipe emissions is to reduce idle time for vehicles.
Michael Blann/Getty Images

Alternative fuels provide one road to reducing pollutions, but they're far from perfect at this point. However, there are a few steps that can be taken now to help reduce tail pipe emissions. One of the most effective is to reduce idle time for vehicles. According to the California Energy Commission, your car idles anywhere from five to 10 minutes a day on average, depending on driving conditions. Idling your car for two minutes uses about the same amount of gas as going one mile. If you're sitting longer than 10 seconds, it's wise to turn off your car as those 10 seconds will use the same amount of fuel as it would take to restart the engine after being shut down. Many hybrid cars and electric cars now have an automatic start and stop system that shuts down the engine when speed is zero. Stepping on the gas, rather than turning the key, gets the car rolling again.

How much this feature will reduce pollution is the subject of debate. Some emissions systems work well at idle; others don't. Larger vehicles, including trucks and buses, as well as diesel engines, can produce more emissions at idle than when running. However, when the numbers are crunched, using less fuel means producing less emissions and pollution.