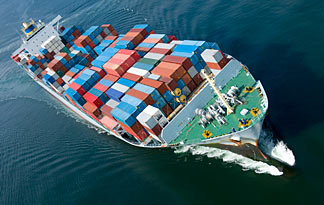 The transportation sector is the second largest producer of air pollutants in the United States. Check out these flight pictures.
DCL

Kermit the Frog said it best: “It’s not easy being green.” You take the bus instead of driving to work. You dutifully recycle your plastic bottles and soda cans. You even bought a sweater for your dog made from reclaimed cotton.

But what about that new computer you order online? The components are built in Indonesia and shipped to Japan for assembly. Then the computer takes a ride on a container ship across the Pacific to a warehouse in California. Delivery trucks transport crates of computers to distribution centers across the country. And when you click “buy,” FedEx drives the package on a big rig, then a delivery truck straight to your front door. Is it convenient? Yes. Green? Not exactly.

Running on Rivers of Oil and Clouds of Emissions

The unfortunate truth is that the global economy runs on rivers of oil. The supply chain that harvests raw materials from Africa, manufactures components in Asia and assembles products in Europe is a logistical miracle, but it all relies on transportation. Maritime shipping handles over 90 percent of cross-border cargo transportation. Mammoth container ships carry an estimated volume of 7.7 billion tons of cargo a year, according to the International Chamber of Shipping. But each of those container ships burns through thousands of gallons of bunker fuel, a low-grade fuel that contains 2,000 times the sulfur content of regular diesel.

In the U.S., the transportation sector is the second largest producer of carbon dioxide emissions, accounting for 33 percent of total greenhouse gas production, according to the Environmental Protection Agency. Passenger vehicles account for a large portion of those pollutants, but heavy-duty freight trucks -- which only account for 1percent of the vehicles on the road -- create 20 percent of the total greenhouse gasses.

The good news is that the cargo shipping industry is trying to green up its act, and we can do our part by supporting businesses that are trying to lower their carbon footprint. The following is our list of the five greenest methods for transporting goods.

Wide, calm rivers and huge freshwater lakes provide some of the most energy-efficient shipping routes in the world. Maritime transportation in general is the most fuel-efficient freight transportation sector -- and inland barges are the cleanest of the crop. A single diesel-powered towboat can push 15 fully loaded barges carrying the equivalent of 225 rail cars or 870 truckloads while burning a fraction of the fuel and emitting far less greenhouse gas.

Because of their slow speed and solid construction, barges are also one of the least likely vessels to trigger a toxic spill. According to a five-year study of barge traffic on the upper Mississippi River, only one-half of one percent of spills was attributed to commercial navigation. During that same period, inland barges transported 4.9 billion gallons (18.5 billion liters) of liquid cargo.

Trains are the most fuel-efficient method of transporting goods across land. Trains are two to four times more efficient at transporting freight than conventional trucks, depending on the cargo, and a single freight train can carry the equivalent of 280 truckloads .The rail shipping company CSX claims it can transport one ton of cargo 500 miles (805 kilometers) on a single gallon of fuel. Modern trains have increased their energy efficiency 106 percent since 1980 and recent technological breakthroughs -- in locomotive design and computerized train control -- will raise fuel efficiency by another 25 percent or more in the next decade.

Freight rail currently accounts for 2.1 percent of the total greenhouse gas emissions produced by the entire U.S. transportation sector. According to the Environmental Protection Agency, the biggest polluter by far is passenger vehicles at 65.8 percent, but trucks contribute a significant 20.4 percent. The Association of American Railroads estimates that if 10 percent of truck cargo was moved to the rails, it would lower greenhouse emissions by 12 million tons annually -- or the equivalent of taking 2 million cars off the road.

Next-generation "Gen Set" locomotives bring a new level of fuel efficiency to freight trains. Instead of running on one large diesel engine, these new locomotives use three smaller engines. If low horsepower is needed, only one engine engages. If the terrain or cargo requires more horsepower, then more engines engage automatically. By tailoring the horsepower to track or load conditions, these locomotives cut down on wasted fuel by as much as 25 percent, according to Norfolk Southern.

Even more efficient hybrid electric-diesel locomotives are currently used by smaller "switching" locomotives, but the technology is still being developed to power larger trains.

Biodiesel is a diesel fuel made from vegetable oils or animal fats rather than petroleum (crude oil). Soybean oil is one of the most popular sources of biodiesel, but it can also be made from leftover fryer oil from restaurants. Biodiesel is actually one of the oldest vehicle fuels around. When Rudolph Diesel demonstrated his revolutionary engine at the 1900 World’s Fair, it ran on peanut oil.

Most freight trucks run on conventional diesel fuel. Heavy-duty trucks rely on diesel engines to supply the necessary torque to pull heavy loads of cargo. Unfortunately, the combustion of conventional diesel fuel results in dangerous levels of greenhouse emissions. In the U.S., freight trucks account for 20 percent of greenhouse gas emissions in the entire transportation sector.

The good news is that biodiesel, when blended with conventional diesel, can significantly lower the levels of certain greenhouse gas emissions. According to an EPA report, a blend of 20 percent biodiesel with 80 percent conventional diesel produces 21 percent fewer hydrocarbon emissions and 10.1 percent less particulate matter. The greater the concentration of biodiesel, the more dramatic the effects are. Pure biodiesel reduces hydrocarbon emissions by 70 percent and carbon monoxide emissions by 50 percent.

The switch to biodiesel requires no engine modifications for heavy duty trucks, and many shipping companies and independent drivers are turning to the cleaner-burning fuel. In 2008, the Safeway grocery store chain switched its entire fleet of delivery trucks to biodiesel.

The Toyota Prius gas-electric hybrid brought green driving to the mainstream. Climate change advocates are hoping that the same quest for better fuel efficiency and lower emissions will make diesel-electric hybrids a mainstay of the shipping and delivery industry.

So far, the world’s top shipping companies are taking the lead. FedEx maintains a fleet of 408 alternative fuel delivery trucks: 365 of them are diesel-electric hybrids and 43 are all-electric. FedEx estimates that its hybrid and electric vehicles have saved the company 276,000 gallons of fuel and reduced carbon dioxide emissions by 2,800 metric tons. UPS has 380 hybrid delivery trucks on the road, cutting overall fleet carbon dioxide emissions by 1,961 tons annually.

Truck engine manufacturer Eaton has developed a popular hybrid diesel-electric engine for heavy-duty trucks. Coca-Cola was one of the first to order the engine – which switches to an electric motor when the truck slows to less than 30 miles (48 kilometers) per hour -- for hundreds of its largest delivery trucks. The hybrid engines increase fuel efficiency by 30 percent and cut overall emissions by the same amount.

The National Renewable Energy Laboratory cites the hybridization of the nation’s truck shipping fleet as one of the most effective ways to cut greenhouse gas emissions.

There are many compelling reasons for a cargo transportation company to go green. Saving money on fuel is a big one, as is reducing the company’s carbon footprint. But sometimes, the best reason to go green is that it works a heck of a lot better. That’s the case with the greenest delivery method on the planet: foot couriers.

In huge cities like New York, London and Shanghai, the traffic can be so stiflingly slow and parking so non-existent, that only a true masochist would try to navigate the snarl with a 30-foot (9.14-meter-) delivery truck. If the wasted time, wasted fuel and parking tickets don’t get you, the insane drivers will. In situations like these, shipping companies like DHL and FedEx have ditched trucks altogether and employ a fleet of fleet-footed couriers.

DHL couriers push large plastic carts that hold dozens of heavy packages. They’ve been delivering time-sensitive packages to congested neighborhoods like Wall St. since 1984. The carts consume zero fuel and produce zero emissions, although the average human exhales 2.3 pounds (1.04 kilograms) of carbon dioxide. Watch this video of a FedEx foot courier in China and be thankful that your commute doesn’t take you through rush hour in Shanghai.

As the world gets more crowded and its population uses more of its resources, eco-friendly industrial solutions will be become increasingly important. As it becomes easier to transport goods without much of a carbon footprint, the world will become cleaner, less crowded and less polluted. 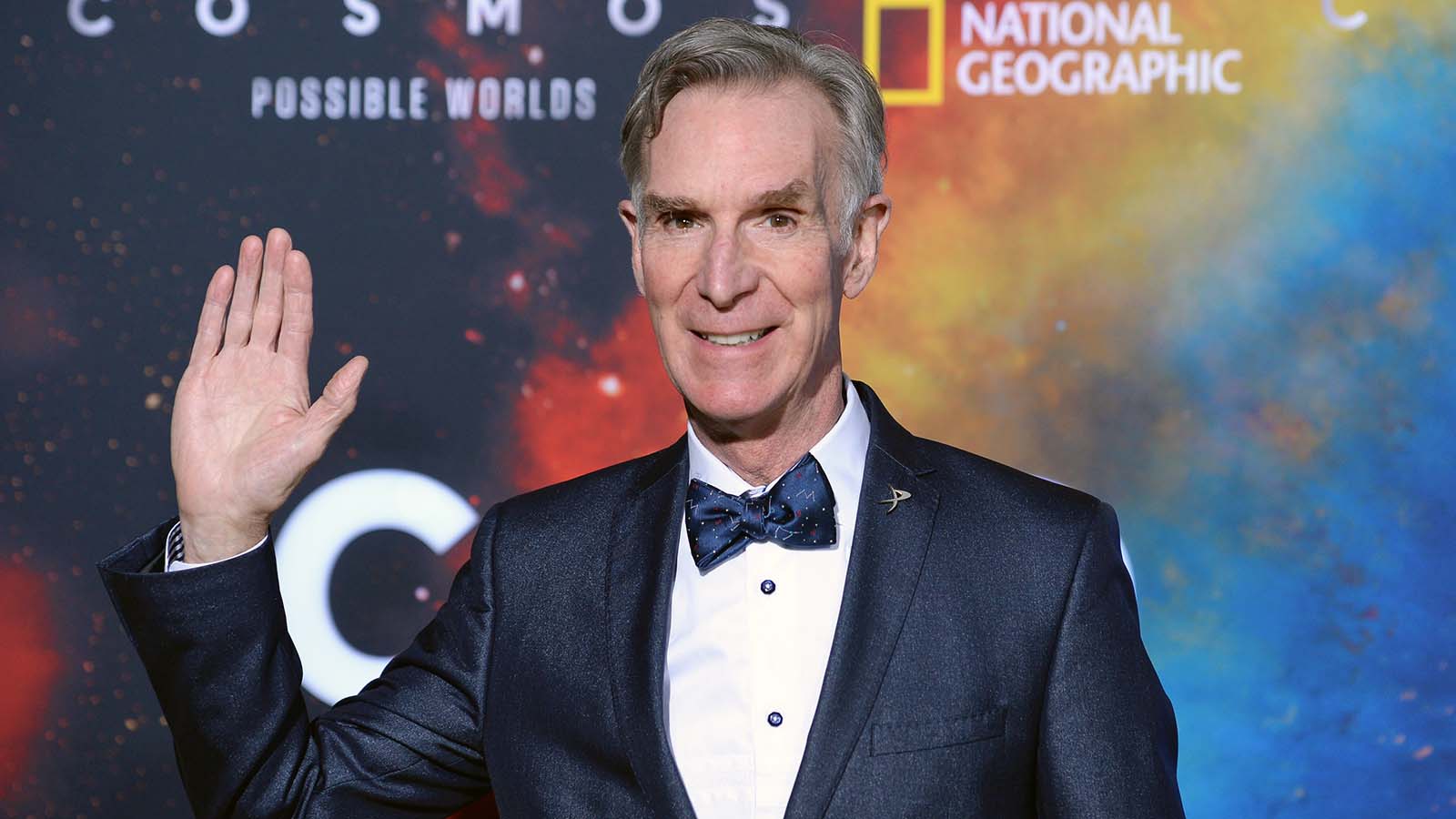