How are adsorbents used for environmental cleanup? 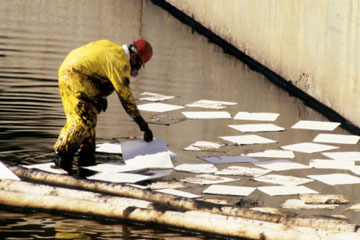 Even though we sometimes hear about high-profile spills on the news, the mishandling of hazardous materials and waste isn't a rare occurrence. According to the Environmental Protection Agency (EPA), it has happened in tens of thousands of sites across the United States, where the hazardous materials have contaminated land, water and/or air [source: EPA]. Materials known as adsorbents are essential in the cleanup process.

It's important to note here that adsorption is not the same process as absorption. An absorbent sucks up and contains other materials into its body, causing the volume of the absorbent to swell up. Think of a sponge or a paper towel that soaks up your spilt milk. On the other hand, an adsorbent attracts other liquids or gases onto its surface only. However, the "surface" can also include internal surfaces, like pores and capillaries. Highly porous substances, like activated carbon, are great adsorbents.

An adsorbent bond can be either physical or chemical. Physical adsorption involves weak electrostatic attraction (also called van der Waals attraction) between molecules. Polar substances that have negative and positive surface charges, like water, are attracted to polar adsorbents. Non-polar substances with no distinct surface charge, like organic substances, are attracted to non-polar adsorbents. Physical adsorption is reversible in a process called desorption. Chemical adsorption, however, happens as a result of a chemical bond and is largely irreversible. Because adsorbents are reusable in the physical adsorption process, they're cheaper and preferable for environmental cleanup purposes.

The process for adsorption often involves what's called a fixed bed adsorber, in which a substance such as air passes through a bed of solid adsorbent. As the air passes, the adsorbent attracts the unwanted particles contained in the air. Placing multiple layers of these beds helps improve efficiency. This can be a regenerative process, where the adsorbent can go through desorption and then be put back into service.

Now that we know a little about what adsorption is and how it works, we can understand how adsorbents are useful for cleaning hazardous material. Read more on the next page. 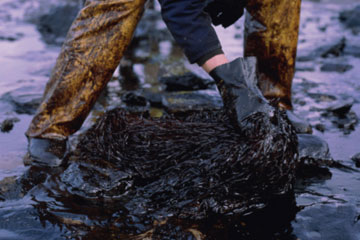 Several factors determine how effective an adsorbent is at environmental cleanup. These include not only surface area, but also chemical structure, pore size and particle size. Activated carbon, because it's so porous, is an example of a very effective and widely used adsorbent. Amazingly, under the right conditions, one gram of activated carbon can have a total surface area of five football fields [source: EPA]. Carbon becomes activated when it's heated and treated with oxygen to increase the pore structure. The activated carbon is then effective at eliminating impurities from water (thus its use in household water filters) as well as cleaning the air of noxious gases in gas masks. Other uses for activated carbon include eliminating solvents, odors, gases and gasoline vapors.

Other common adsorbents include silica gel, effective in removing inorganic gases and purifying gas, and molecular sieves, effective in removing nitrogen oxide. Among other things, activated alumina works to remove polychlorinated biphenyls (PCBs). PCBs are synthetic compounds used especially in the electrical industry until the 1970s, when they were banned. But because they don't biodegrade, large amounts of PCBs still pollute the water, soil and air.

In addition, adsorbents (more so than absorbents) are used to supplement oil spill cleanups. They usually aren't effective as the primary method of cleanup unless the oil spill is very small, but they're useful for the final stages of the cleanup. The best adsorbents for cleaning oil from water are both oleophilic (oil-attracting) and hydrophobic (water-repellent). Think about how you need soap and not just water to clean the natural oils from your hair, or about how feathered animals get can get drenched in black oil that doesn't rinse off. For the same reasons, hair and feathers make effective adsorbents for cleaning up oil spills in the water.

For lots more information on environmental cleanup, see the links on the next page. 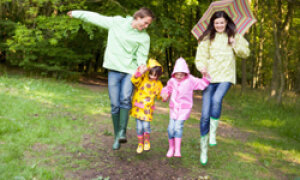 5 Ways to Teach Your Kids About Water Conservation 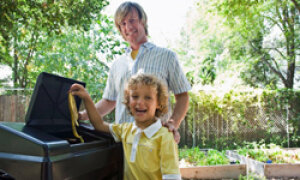 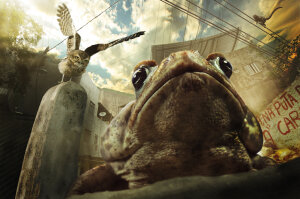