by Patrick J. Kiger Jun 22, 2017
The vast majority of the world's plastic is created using petrochemicals extracted from the ground. ULTRA.F/Getty Images

One of the problems with society's addiction to plastic is that the ubiquitous material's major building blocks come from fossil fuels, which are dirty, difficult and expensive to extract from the ground. According to the British Plastics Federation, about 4 percent of global oil production is used to make plastics. That may not seem like a lot, but it amounts to about 3.8 million barrels of oil per day, based on total global production of 95 million barrels.

But scientists from the University of Bath's Centre for Sustainable Chemical Technologies say there's a better way for us to create polycarbonate. That's the type of plastic we need for everything ranging from eyeglasses and water bottles to the scratch-resistant coatings for phones and DVDs. In the lab, they've been able to synthesize alternative versions of polycarbonates using only sugars and carbon dioxide, at low pressures and room temperature.

Scientists at the University of Bath's Centre for Sustainable Chemical Technologies say they've been able to synthesize plastics using only carbon dioxide and sugars.
Georgina Gregory

Polycarbonates made from sugars would have a lot of advantages. In addition to not requiring oil as an ingredient, they also wouldn't need BPA, a chemical that may have harmful effects on fetuses and children. It also wouldn't require the use of phosgene, a highly toxic chemical that was used as a poison gas in World War I.

And as another bonus, these new polycarbonates would be biodegradable, using enzymes found in soil bacteria.

"With an ever-growing population, there is an increasing demand for plastics," said Antoine Buchard, a research fellow in the university's chemistry department, in a press release. This new plastic is a renewable alternative to fossil-fuel based polymers, potentially inexpensive, and, because it is biodegradable, will not contribute to growing ocean and landfill waste. It's also an alternate to already existing bioplastics made using plant material.

One of the most intriguing parts of the research is that the scientists used thymidine, a sugar found in DNA, as a building block for a polycarbonate plastic that can be tweaked to allow human cells to stick to it. That would make it useful as a scaffold for tissue engineering that eventually could produce manufactured human organs for transplantation.

Now That's Interesting
According to the U.S. Energy Information Administration, most of the petrochemicals — the stuff used to make plastics and other products — in the United States come from byproducts of natural gas processing, not oil. Natural gas contributes about 85 percent of those chemicals, while the remaining 15 percent comes from crude oil refineries. 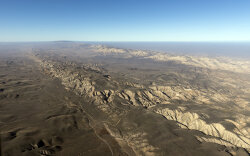 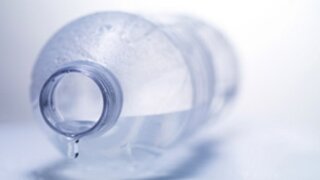 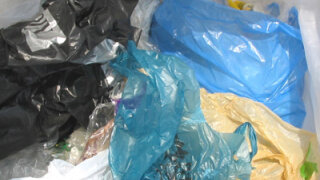 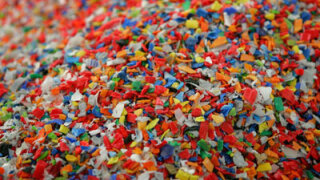