Are there antibiotics in drinking water? 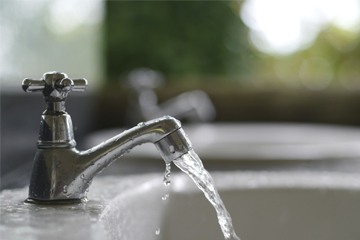 Don't flush your antibiotics. They might end up here!
patanasak/ThinkStock

The United States' public water systems are designed to keep out nasty pathogens and pollution that might make us sick, and for the most part, they do a pretty good job of keeping our drinking water clean. But there's a newer type of pollution that has experts concerned.

In recent years, studies have shown that water is increasingly contaminated with medications, both prescription and over-the-counter. A study released in 2010 by the U.S. Geologic Survey, for example, found that a variety of antibiotics -- azithromycin, sulfamethoxazole, and ciprofloxacin, among others -- were detected in 11 of 12 sampling sites in Ohio [source: Finnegan et al.].

These antibiotics and other drugs get into the water several ways. One is that our bodies only metabolize a fraction of the medication doses that we take, and the rest is excreted in urine or feces, or sweated out. That all ends up in our sewers and eventually, after being treated at wastewater plants, is discharged back into rivers and other bodies of water. In addition, Americans throw away huge quantities of unused or expired drugs -- by one estimate, about half of what we purchase. Some of those discards are flushed down the toilet, or else tossed out carelessly so that they end up in waterways. And the agriculture industry, which has long used antibiotics to make livestock grow faster and keep them from getting sick, is another big contributor to pharmaceutical pollution [source: Harvard Health Letter].

Is the stuff dangerous? Nobody seems to know for sure. The U.S. Environmental Protection Agency, which claims to be studying the problem, says the primary worry is that pharmaceutical pollution may harm fish and cause other ecological damage. The agency offers scant reassurance that "to date, scientists have found no evidence of adverse human health effects" from the pharmaceuticals in the water [source: EPA]. But researchers worry that drinking water with trace levels of drugs may cause a gradual buildup inside your body that might be harmful [source: Harvard Health Letter].

So far, nobody's come up with a big fix for the problem of pharmaceutical pollution in our water. Conventional sewage treatment methods remove some medicines, such as ibuprofen, and treating drinking water with chlorine seems to degrade or remove others, such as the antibiotic sulfathiazole [source: Harvard Health Letter]. Probably the best solution is to convince people -- starting with you -- not to flush expired medicines.

6 Stone-cold Facts About the Arctic Circle
How Rainforests Work
Is a zero-carbon, zero-waste, zero-car city on the horizon?