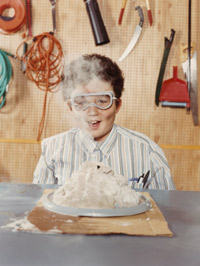 For more information on global warming, green technology and lots of recipes that use baking soda, check out the links below.