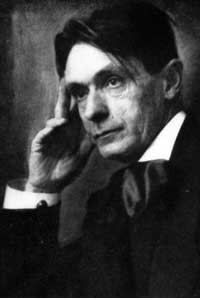 When a group of farmers came to Rudolf Steiner for advice, he proposed biodynamic agriculture.
Hulton Archive/Stringer/Getty Images

In 1924, a man named Rudolf Steiner delivered an eight-lecture series called the "Spiritual Foundations for the Renewal of Agriculture." Steiner specialized in a number of spiritual and intellectual fields -- although not one that involved actual fields or farms -- but still, it was from these humble beginnings that an entire agricultural movement sprang to life. Many of those privy to the lecture series quickly worked to adopt the method of biodynamic agriculture that Steiner suggested.

Biodynamic agriculture involves a number of techniques that encompass understanding how the land functions and discovering ways to allow it to operate as a self-contained, living organism. Like the closely related concept of organic farming, practices such as composting, animal and plant diversity, and crop rotation are usually a part of the program. However, biodynamics takes it one step further.

Along with considering farms as self-sustaining entities that don't benefit from or require the application of unnatural and artificial treatments, biodynamic farmers believe in factors that most other farmers consider of little importance or value. For example, biodynamic practitioners time practices such as planting, fertilizing and harvesting according to lunar and cosmic cycles, not just seasonal changes. They make special concoctions that at times sound downright bizarre in order to maintain rich, healthy soil that's teeming with beneficial little microbes. It gets downright spiritual the way they care for and nurture their land, focusing on the living forces that need to be balanced if they fall out of alignment.

This may seem a little strange to people who for all intents and purposes could very well believe food grows in grocery store aisles. But for those who live closer to the earth, it might be starting to resonate. Biodynamics does, however, have some critics on the sciencey side of things, which is why some practitioners believe the future of biodynamics lies in a blending of scientific knowhow with celestial signposts and earthly intuition to give it a little more street cred. For a more in-depth understanding of the history and practice of biodynamics, read How Biodynamic Agriculture Works.

On the next page, we'll drill down a little deeper into how biodynamics can be applied specifically to viticulture: the cultivation of grapevines. 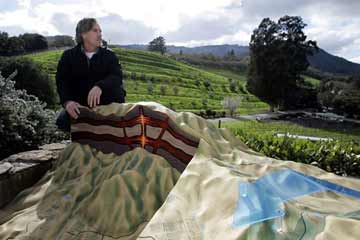 Biodynamic viticulture is more a set of core concepts than a hard-and-fast set of rules. Different vineyards tailor these central practices -- typically on an ongoing trial and error basis -- to fine-tune the approach and see what works best for their particular land. Some common questions biodynamic viticulture vintners might ask themselves are: What's healthy here, what's not, and in the latter case, what can be done to put the system right?

One practice that can go a long way toward mending potential vineyard woes is a dynamic composting operation. All kinds of discarded plant matter can be pumped up with a batch of good hearty manure, and while cows are usually the big contributors, different types of animals can also be called into the game to add their signature manure to the vegetative mix. Among others, chickens and sheep are occasionally found at biodynamic vineyards. Sometimes it's to help with pest control, but their contribution isn't always based purely on economics: It can also be about bringing a proper animal aura to the land.

Apart from using compost in the more traditional manner, biodynamic vintners often carefully prepare compost and herbal sprays to treat growing vines and exhausted soil. Need an example? How about filling a cow's horn with either manure or ground-up quartz and rain water, then burying it at the fall equinox and digging it up come spring. Whip it into a spray and start heading up and down the rows. And that's only the beginning. Biodynamic vintners aren't necessarily sure why it all works, but they do know it makes for some delicious wine.

Although timing activities on a biodynamic vineyard around life forces and celestial events is a traditional core practice, not all biodynamic growers are so strict in their methods. In fact, it's usually not a requirement for biodynamic certification. When vintners do consider these spiritual and cosmic factors, they often speak reverentially of events like the arrival of the springtime sun or the tug of gravity on loose leaves come fall. Understanding what the vine needs is the key to nurturing it, so when they walk through their vineyards, it's with one ear to the ground and one eye on the sky.

There's another important aspect where vineyard biodynamics tends to vary a bit from what you would see in a typical biodynamic farm setup. Because the vines must remain in the same place year after year, crop rotation isn't an option, so the roots can get a little funky. This means they need to be treated with something to ward off fungus and mildew, and often a copper and sulfur-based fungicide solution is used for this purpose. It's not something that exactly thrills most biodynamic vintners, but you do what you've got to do. 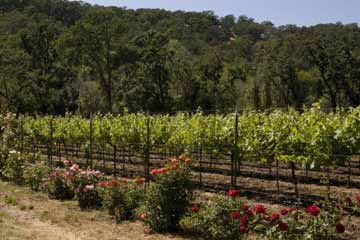 For more info on wine, food and healthy eating, dig in to the links on the next page.