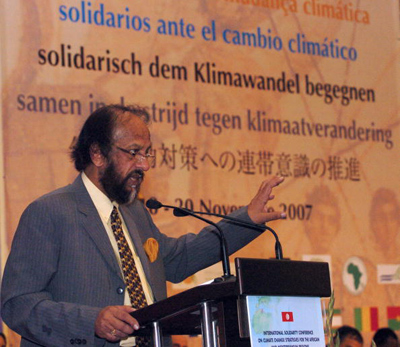 Carbon dioxide is important to the ecosystem, and not everyone's concerned about our premature introduction of carbon dioxide into the atmosphere. Some climate skeptics don't believe that global warming is a result of burning fossil fuels. But as studies of the effects on atmospheric carbon dioxide introduction from anthropogenic (human) sources build, more members of the scientific community are looking at ways of alleviating the stress that we appear to be putting on the carbon cycle.

To offset our CO2 emissions, some suggest capturing gaseous carbon dioxide before it can escape into the atmosphere. The ideal locations for carbon capture and storage (CCS) systems are at the very power plants that emit tons of carbon dioxide every day.

There are three different types of carbon capture: pre-combustion, post-combustion and oxyfuel combustion. The pre-combustion method requires separating the carbon dioxide from original energy sources, so it's not present when the fuel is burned. Post-combustion systems capture CO2 after it is burned off as waste but before it leaves a power plant's flue. Oxyfuel combustion adds nearly pure oxygen to captured CO2, and when burned together, easily separates the carbon dioxide out, making it easier to capture as waste.

Once we've captured the carbon dioxide we emit, where do we put it? One suggested location is at the bottom of the ocean. The concept of deep ocean CO2 storage was first proposed by Dr. Michael Pilson. The theory is simple at its core: Liquefy the gaseous CO2, and introduce it to the ocean floor. The atmospheric pressure and low temperatures found in the deep ocean environment should keep the liquid CO2negatively buoyant, meaning it will sink rather than float. A predictable reaction between liquid CO2 and water under high pressure and low temperature causes carbon dioxide to turn into an icy compound called clathrate hydrate. In this form, the CO2 should maintain its integrity, preventing it from being absorbed by the seawater.

Toward the end of the 20th century, experiments were conducted to see if deep ocean carbon storage was feasible. Researchers at the Monterey Bay Aquarium Research Institute introduced liquid carbon dioxide to a beaker on the ocean floor at 3,600 meters (around 12,000 feet). The CO2 grew in volume and broke apart into globs, which were swept away by the current [source: CNN]. The plan needed revision: Releasing large amounts of carbon dioxide into the ocean can upset the ocean's ecosystem.

In 2008, a group of researchers from across the United States had an idea: It was fine for liquefied carbon dioxide to mimic a lava lamp, so long as it was stored safely and confined to areas with little or no marine life. Could they store the CO2 in giant bags? Read about this promising concept on the next page.