Turning Captured Carbon Emissions Into Stone Could Be Easier Than Expected

You've probably heard politicians talk about the importance of investing in "clean coal" technology, which is a catchier way to describe a technology called carbon capture and sequestration. The idea is that if we could catch emissions coming out of power plant smokestacks and then store them somehow, they wouldn't get into the atmosphere and contribute to the greenhouse effect that is driving climate change and threatening us with all sorts of nasty consequences. But despite the appealing rhetoric, carbon-capture technology has had a tough time catching on, in part because of the problem of how to store the emissions safely and keep them from getting into the atmosphere.

That's why this recent breakthrough out of Iceland's Hellisheidi geothermal power plant is so exciting. While the plant doesn't burn any coal, its use of volcanic heat to turn turbines does release volcanic gases, including carbon dioxide (CO2) and rotten-smelling hydrogen sulfide (H2S). But since 2012, scientists and engineers have used a process called Carbfix, in which the CO2 and H2S are mixed with water and then injected into volcanic basalt. A series of chemical reactions takes place, and then the basalt exudes a whitish, chalky mineral that contains the emissions. Those rocks are easily stored underground, where the former emissions can't get into the air.

Scientists have thought that the Carbfix process would work, but envisioned that it would take many years to transform the CO2 into a solid. But as a recent study in the journal Science reports, after a 250-ton batch of the water/emissions mixture was injected into a series of wells up to a half-mile (0.8 kilometers) underground, most of the emissions solidified in a mere matter of months.

"This means that we can pump down large amounts of CO2 and store it in a very safe way over a very short period of time," study coauthor Martin Stute, a hydrologist at Columbia University's Lamont-Doherty Earth Observatory, explained in a press release. Another of the researchers, Juerg Matter of the UK's University of Southhampton, called the idea of turning emissions to stone quickly "the ultimate permanent storage."

Learn more about the Carbfix process in this video:

Now That's Interesting
If Carbfix technology catches on, Stute suggests locating future power plants in places with a lot of natural basalt. Fortunately many such places exist, as basalt makes up 10 percent of continental rocks, and essentially all of the world's seafloors. 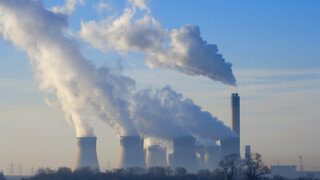 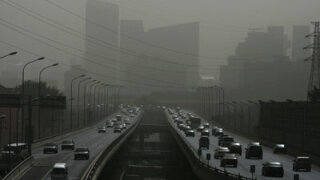