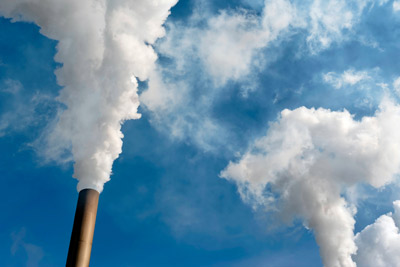 The public's recognition of global warming has driven lawmakers around the world to negotiate greenhouse-gas reductions. You'll probably hear a few legislators suggest a tax on carbon -- or sometimes more broadly, a tax on the emissions of fossil fuels. But before the word "tax" sets off alarm bells, consider the effect of combusted fossil fuels on the environment. They cause ground-level ozone, acid rain, global climate change and a myriad of other problems. Carbon tax is one of two major market-based options to lower emissions, the other being cap-and-trade schemes. While cap-and-trade seems to have won over most politicians, many economists and consumers prefer carbon tax for its simplicity and impartiality.

Carbon tax is a form of pollution tax. It levies a fee on the production, distribution or use of fossil fuels based on how much carbon their combustion emits. The government sets a price per ton on carbon, then translates it into a tax on electricity, natural gas or oil. Because the tax makes using dirty fuels more­ expensive, it encourages utilities, businesses and individuals to reduce consumption and increase energy efficiency. Carbon tax also makes alternative energy more cost-competitive with cheaper, polluting fuels like coal, natural gas and oil.

Carbon tax is based on the economic principle of negative externalities. Externalities are costs or benefits generated by the production of goods and services. Negative externalities are costs that are not paid for. When utilities, businesses or homeowners consume fossil fuels, they create pollution that has a societal cost; everyone suffers from the effects of pollution. Proponents of a carbon tax believe that the price of fossil fuels should account for these societal costs. More simply put -- if you're polluting to everyone else's detriment, you should have to pay for it.

So, what good is a tax on carbon? We'll learn all about the benefits of a carbon tax in the next section.

The Benefits of Carbon Tax 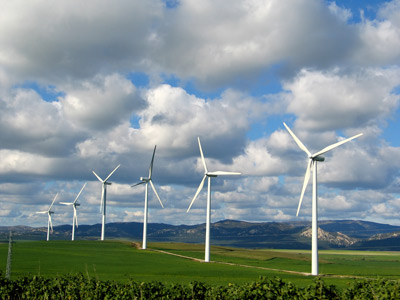 A tax on carbon would increase the cost-competitiveness of alternative power.
© Photographer: Carolina | Agency: Dreamstime

The primary purpose of carbon tax is to lower greenhouse-gas emissions. The tax charges a fee on fossil fuels based on how much carbon they emit when burned (more on that later). So in order to reduce the fees, utilities, business and individuals attempt to use less energy derived from fossil fuels. An individual might switch to public transportation and replace incandescent bulbs with compact fluorescent lamps (CFLs). A business might increase energy efficiency by installing new appliances or updating heating and cooling systems. A utility company might use wet scrubbers, low NOx-burners or gasification to reduce their emissions (see What is Clean Coal Technology?). And since carbon tax sets a definite price on carbon, there is a guaranteed return on expensive efficiency investments.

Carbon tax also encourages alternative energy by making it cost-competitive with cheaper fuels. A tax on a plentiful and inexpensive fuel like coal raises its per British Thermal Unit (Btu) price to one comparable with cleaner forms of power. A Btu is a standard measure of heat energy used in industry. One Btu is the energy necessary to raise the temperature of one pound of water by one degree Fahrenheit.

And don't forget about all the money raised by the tax. It can help subsidize environmental programs or be issued as a rebate. Many fans of carbon tax believe in progressive tax-shifting. This would mean that some of the tax burden would shift away from federal income tax and state sales tax.

Economists like carbon tax for its predictability. The price of carbon under cap-and-trade schemes can fluctuate with weather and changing economic conditions. This is because cap-and-trade schemes set a definite limit on emissions, not a definite price on carbon. Carbon tax is stable. Businesses and utilities would know the price of carbon and where it was headed. They could then invest in alternative energy and increased energy efficiency based on that knowledge. It's also easier for people to understand carbon tax.

Carbon tax seems straightforward enough, but how is the rate actually determined? At what point is the tax levied? We'll find out the answers to these questions and more in the next section.

The Logistics of Carbon Tax 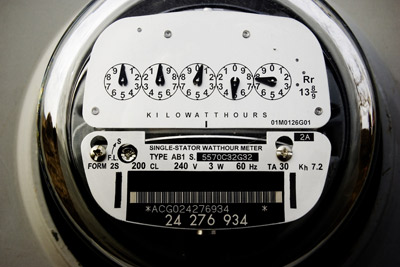 The carbon content of oil, coal and gas varies. Proponents of a carbon tax want to encourage the use of efficient fuels. If all fuel types were taxed equally by weight or volume, there would be no incentive to use cleaner sources like natural gas over dirtier, cheaper ones like coal. To fairly reflect carbon content, the tax has to be based on Btu heat units -- something standardized and quantifiable -- instead of unrelated units like weight or volume.

Carbon tax can be levied at different points of production and consumption. Some taxes target the top of the supply chain -- the transaction between producers like coal mines and oil wellheads and suppliers like coal shippers and oil refiners. Some taxes affect distributors -- the oil companies and utilities. And other taxes charge consumers directly through electric bills. Different carbon taxes, both real and theoretical, support varying points of implementation.

The only carbon tax in the United States, a municipal tax in Boulder, Colo., taxes the consumers -- homeowners and businesses. People in Boulder pay a fee based on the number of kilowatt hours of electricity they use. Officials say the tax amounts to an annual addition of about $16 for homeowners' electric bills and $46 for business owners [source: New York Times].

Like Boulder, Sweden also taxes the consumption end. The national carbon tax charges homeowners a full rate and halves it for industry. Utilities are not charged at all. Since the majority of Swedish power consumption goes to heat, and because the tax exempts renewable energy sources like those derived from plants, the biofuel industry has blossomed since 1991.

Quebec will start a tax on petroleum, natural gas and coal in October 2007. Instead of taxing consumers, Quebec will tax the middlemen -- energy and oil companies. Even though the tax is toward the top end, companies can, and probably will, pass on some of the cost to consumers by charging more for energy.

It's easier to tax consumption than production. Consumers are more willing to pay the extra $16 a year for a carbon tax. Producers are usually not. Taxes on production can also be economically disruptive and make domestic energy more expensive than foreign imports. That's why existing carbon taxes target consumers, or, in the case of Quebec, energy and oil companies.

Carbon tax has a patchy history in the United States and around the world. It's widely accepted only in Northern Europe -- Denmark, Finland, the Netherlands, Norway, Poland and Sweden all tax carbon in some form. In the next section, we'll learn about the possibility of a national carbon tax.

The Price is Right

Because the carbon content of fuel varies, certain fuels should be taxed at a higher rate. The Carbon Tax Center, a group that supports the adoption of a national carbon tax in the United States, determined the following theoretical rates. They assumed a tax of $50 per ton of carbon (not CO2) emitted, determined the heat content of several major fuels, and created a hypothetical price per million Btu of fuel. The higher the price, the dirtier the fuel.

All amounts from the Carbon Tax Center.

Will There be a National Carbon Tax? 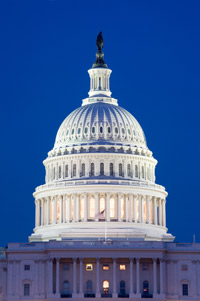 Few legislators around the world consider national carbon taxes as practical successors for the Kyoto Protocol, a multinational carbon market. Kyoto expires in 2012, but its example, as well as that of voluntary cap-and-trade programs like the Chicago Climate Exchange (CCX), has made capped programs the norm. The United States even has a successful cap-and-trade program on sulfur dioxide emissions.

Most politicians believe a tax on carbon would anger voters already upset about high energy and gas prices. If lawmakers favor any sort of energy legislation, they tend to prefer cap-and-trade schemes -- unlike the broader carbon tax, cap-and-trade schemes allow for specific industry exemptions.

Representative John D. Dingell, D-Mich., chairman of the House Energy and Commerce Committee, has, however, proposed a tax on carbon. Although he expects the bill to be unpopular, he wants to hear what people think of such a measure.

President Bill Clinton also proposed a tax on the heat content of fuels. Economists believed his "Btu Tax" would burden consumers and hurt the economy. It passed in the House but was voted down in the Senate. The New Zealand government scrapped plans for a carbon tax in 2005, believing that the estimated 6 percent proposed addition to electric bills was too much.

Despite its lack of political support, carbon tax appeals to economists, environmentalists and even some businesses that like its natural fairness. Many people are certain on one point, however. Individuals, businesses and utilities need regulated incentives to increase energy efficiency and switch to alternative fuels. Both cap-and-trade schemes and carbon taxes would create the incentives needed for change.

To learn more about carbon tax, cap-and-trade schemes, carbon offsets and global warming, check out the links on the next page.