Could congestion pricing help my commute?

In the time it takes to fly the 440 miles (708 kilometers) from New York to Charleston, S.C., drivers in cities like Washington D.C., can get all the way to work.

Commuters in urban areas can spend more than two hours a day in the car, much of that time just sitting in traffic. Highway congestion, especially in city centers, has gotten exponentially worse over the last 20 years, and it's as bad for the economy and environment as it is for stress levels. In 2005, according to a study by the Texas Transportation Institute, it cost U.S. drivers $78 billion, including 2.9 billion gallons (10 million kiloliters) of wasted gasoline (and its corresponding air pollution) and 4.2 billion hours of lost time [source: FHWA]. It's even more expensive for shipping businesses, leading to decreased profits and increased shipping rates.

Good solutions for congestion are hard to come by. Putting money into mass transit doesn't always get enough cars off the road to make a difference. And expanding highways is so expensive -- between $10 million and $15 million per mile, per lane -- it can end up causing more problems than it solves [source: FHWA].

Enter congestion pricing, a type of toll system that uses principles of supply and demand to reduce traffic during peak travel hours. Basically, congestion pricing charges drivers more to use busy highways during rush hour, and less to use the same roads during off-peak times. It has already been implemented in cities like Singapore, London and San Diego, with some pretty impressive results.

In this article, we'll find out how congestion pricing works and whether it really can help cut people's commuting time. We'll look at the various ways to implement the concept, check out what benefits it can provide, and see why some people still think it's a bad idea.

First, implementation methods: There's more than one way to use tolling to decrease drive times. 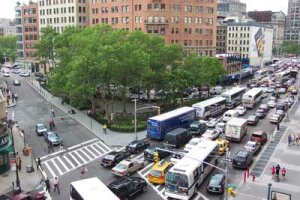 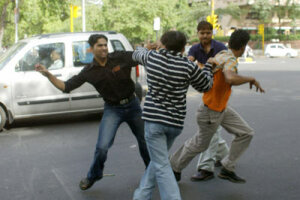