Could we make plastic from shrimp shells? 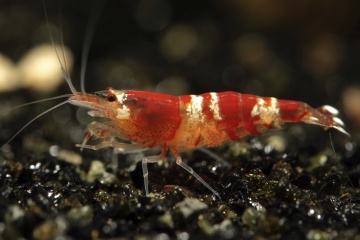 Scientists are looking at alternatives to solve our plastic accumulation problem. Could the answer lie within the shells of our delicious buddies under the sea?
Mariusz-W/Thinkstock

Every year, the United States generates 34 million tons of plastic waste, with only 7 percent of that waste recovered for recycling [source: Wyss Institute]. The Atlantic Ocean has its own continent of plastic waste to rival the great Pacific garbage patch, and in the North Pacific, fish ingest an estimated 24,000 tons of plastic each year [sources: Leopold, Roppolo]. But now, thanks to a team of Harvard researchers, one of the most abundant organic materials on Earth may help us save the oceans from becoming permanent trash dumps [source: Roppolo].

The earliest version of the promising plastic, which researchers dubbed "shrilk," was made from a combination of chitosan plus a protein from silk. The research team has since replaced the silk with wood flour (a less expensive waste product of wood processing) but so far the shrilk moniker has stuck [source: Wyss Institute]. The finished product is transparent and looks much like conventional plastic. Like natural shrimp shells, shrilk is simultaneously strong and flexible, even when wet [sources: Leopold, Wyss Institute].

Unlike bioplastics derived from plant materials, which are expensive to produce and fail to break down entirely, shrilk completely biodegrades in a matter of weeks. In fact, the shrimp shells are so rich in nutrients that a seed placed in the decomposing material will sprout into a plant [source: Leopold]. The research team that developed shrilk sees it as an eventual replacement for conventional plastics in everything from trash bags, diapers and packaging to large 3-D objects manufactured using casting and injection molding techniques [sources: Leopold, Wyss Institute].

How Landfills Work
What is the greenhouse effect?
How Offshore Drilling Works