Browse the article How do e-waste recycling laws work? 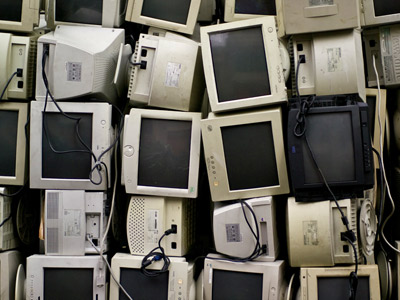 With planned obsolescence, it's no surprise the world's drowning in e-waste.
Jonathan Kingston/Aurora/­Getty Images

­There are about­ 24 electronic products in the average American household, but if you're like many folks, you also have a stockpile of obsolete electronics stashed in a closet because you don't know how or where to get rid of them [source: EPA]. This is your electronic waste, or e-waste, which generally includes any discarded consumer or business electronic equipment, such as old or broken televisions, VCRs and DVD players, computers and monitors, game consoles, stereos and cell phones.

Every year, 20 to 50 million tons (18 to 45 million metric tons) of e-waste is generated [source: Greenpeace]. Although you may be tempted to throw your broken VCR in with your everyday garbage, e-waste shouldn't be tossed into the regular trash because many of electronic products contain toxic or potentially dangerous substances. Hazardous waste requires special handling. Common hazards in e-waste are mercury, which is used in flat panel monitors; lead, used in TV and computer cathode ray tubes; brominated flame retardants, which are used in plastic cases and cables; and cadmium, which was used in older rechargeable batteries [source: EPA].

­E-waste is one of the fastest growing waste streams around the world. In 2004, there were 183 million computers sold globally; by 2010, it's estimated there will be 716 million new computers in use. With an average life span of just two years, that'll be a lot of computers headed for landfills in the near future [source: Greenpeace]. That's where e-waste recycling laws come into play.

To help keep e-waste out of ­landfills, incinerators and your closet, nations, as well as state and local governments are developing legislation to make sure e-waste is handled properly (sent to permitted treatment, storage and disposal facilities). Proposed laws aim to guarantee that new products are designed­ and manufactured with fewer toxic materials.

­E-waste recycling laws are still in their infancy and generally fall into two types: producer take-back and advance recovery fee programs. Let's look at the details and differences of these programs, the types of laws in place, as well as how the golden rule of reduce, reuse and recycle can also help manage e-waste. 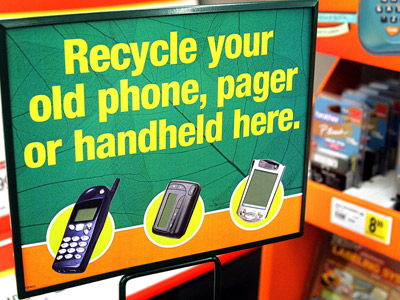