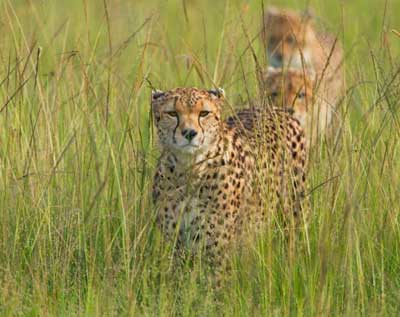 Scientists have recently tossed out some scary warnings. According to recent studies, the oceans will be essentially devoid of fish by the year 2050, supplies of oil will soon reach their peak and warming temperatures may soon turn Montana's Glacier National Park into the National Park of Puddles [sources: Black, Porter, Jamison]. At the rate we're going, it looks like future generations will face some insurmountable challenges, but not if the environmental nonprofit Earthwatch Institute has anything to say about it.

Since its inception, the group has directed more than 80,000 volunteers and $57 million to research projects that otherwise would not have had enough resources. That equals 10.8 million hours spent on activities like surveying a coral reef in the Bahamas, excavating an ancient settlement in the Andes Mountains or tracking cheetahs in Namibia [source: Earthwatch].

Each year, approximately 4,000 volunteers sign up for one of roughly 160 projects located in 50 countries and 18 states [source: Earthwatch]. By involving people in research and education for a sustainable environment, Earthwatch not only provides labor and funding to research projects, but also tries to inspire those people to spread their knowledge (and Earthwatch's goal of sustainability) throughout their hometowns. Earthwatch reports that many volunteers start their own conservation projects upon returning home.

In this article, you'll learn more about Earthwatch's mission to create a sustainable environment by having scientists and volunteers work side by side on important research projects. You'll also learn how the organization is funded, who's in charge and how you might be able to score the trip of a lifetime. On the next page we'll look behind the scenes of this international nonprofit organization and its novel approach to sustainability. 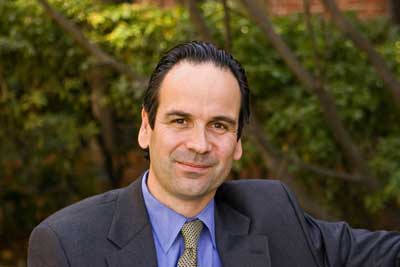 ­This guy, Edward Wilson, is the CEO of Earthwatch.
Photo courtesy Earthwatch Institute

The international organization is headquartered in Maynard, Mass., with offices in England, Australia and Japan. The President and CEO, Edward Wilson, leads the environmental charge. Earthwatch is also led by a board of directors with representatives from every country that has an office. Board members serve as the group's ambassadors and help direct its focus. In addition, the International Advisory Council, with educators and scientists from every continent except Antarctica, works closely with the board and offers opinions on the group's research, education and conservation initiatives.

Earthwatch doesn't work in a vacuum though. The group prides itself on its community involvement and its ability to bring people together for a common cause. To that end, Earthwatch has more than 50 corporate partners including such big name companies as Ford Motor Company, Starbucks, Wells Fargo and Discovery Communications. Partners assist Earthwatch in a variety of ways: Some companies pay for employees' participation on expeditions, some promote awareness of Earthwatch and its message and others fund scientific research.

All that research requires cash. Surprisingly, a significant amount of Earthwatch's funding comes not from its corporate partnerships, but from its volunteers. Expeditions average $2,200 for two to 21 days. Along with covering the individual's food and lodging, the fee helps to support the specific research project. In 2005, 33 percent of Earthwatch's revenues came from expedition funding. The corporate partnerships, grants and related contributions made up the bulk of the remainder at 60 percent, while Earthwatch's 20,000 members brought in 5 percent. The ever-helpful "other" made up the remaining 2 percent [source: annual report].

But what exactly are these "program services?" And what kind of research does the group fund? On the next page we'll delve deeper into Earthwatch's operations and their three-point approach to sustainability. 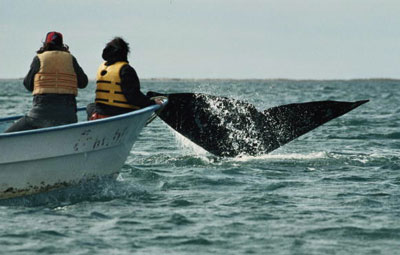 Tracking whale migration is one of the options Earthwatch volunteers have.
Robert Frerck/Stone/Getty Images

Working toward a sustainable environment isn't easy, so Earthwatch attacks that goal on three fronts: research, conservation and education.

Since its founding, the group has led more than 1,322 projects in 119 countries and 36 states [source: Earthwatch]. Earthwatch picks projects based on their fit with its mission and the likelihood of their providing valuable data to further sustainability. The research program typically supports the projects of people who are underrepresented, such as women, scientists from developing countries or researchers with long-term projects.

Earthwatch has boiled down its approach to conservation into three steps.

Engage people to work together.

The theory behind bringing community members, volunteers and experts to work together is that the local people adopt the cause as their own and effect lasting change, long after Earthwatch and the scientist pack up.

The final piece of Earthwatch's three-way approach to sustainability is education, which allows the group to spread the word about what scientists and volunteers learn in the field. The group has trained and involved more than 3,500 students and 4,000 teachers in its projects [source: Earthwatch]. Each year, Earthwatch awards scholarships that provide teachers and high-school students the opportunity to participate in research. College students can often receive credit for going on expeditions. In addition, teachers can apply to be part of the group's Live from the Field program, where they participate in an expedition and relay their experience to thousands of students in their home community through online journals, interviews, videos and live conferences. Earthwatch also offers lesson plans and other educational resources on its Web site.

Earthwatch expeditions incorporate these three focus areas and bring them to life in projects in every corner of the world. Expeditions span a wide range of biological, physical, cultural and social sciences and usually last between two and 21 days. Interested? Read on.

Some Earthwatch volunteers may go on an archaeological dig.
STR/AFP/Getty Images

Every year Earthwatch distributes an Expedition Guide about an inch thick that advertises current research projects and reads like a travel brochure: "snorkel and dive Thailand's amazing coral reefs," "help preserve Tuscany's rich heritage" or "witness the world's largest whale migration." While such descriptions may sound like exotic vacations, they stem from the hundreds of research proposals Earthwatch receives from scholars who need funding and help collecting data. Volunteers sign up for projects that capture their interest, pay somewhere between $395 and $4,000 to cover associated costs and get to work on their volunteer vacation.

While many people in the scientific community doubt the effectiveness of using volunteers to collect research, a study performed by the Wildlife Conservation Research Unit of Oxford University found that when volunteers received a half day of comprehensive basic training, they produced results within the range of those collected by professionals [source: Buesching]. Not only does using volunteers make it possible to conduct research on a wide scale in a time- and cost-effective way, but it also increases the public's understanding of the relevant issues.

Projects cover a diverse range of topics and accommodations run the gamut, from roughing it under the stars to lounging in luxurious hotels. Depending on the project they choose, volunteers may restore ancient artifacts by day, linger over three-course meals at night and stay in an Italian country inn. Another expedition involves helping to trap, measure and observe sea turtles while eating Mexican food and sleeping in open cabanas in your free time.

If neither of those situations sounds inviting, there's always identifying wildlife in Manhattan (taking in the sites of New York City during your downtime), helping to document the local traditions of African villages (you can tour wild-game parks on days off) or studying climate change and biodiversity in the Ecuadorian rainforest (bring your camera). You'd have a difficult time not finding anything that suits you.

Earthwatch expeditions have a good track record, too. One-third of the people volunteering each year are veterans, and several have participated in more than 50 projects. Don't be fooled by the project descriptions and the high rate of return volunteers. Research isn't focused on the fun factor.

Recently, Earthwatch volunteers have been busy on the following projects:

On the next page, learn how Earthwatch promotes sustainability in its own backyard. 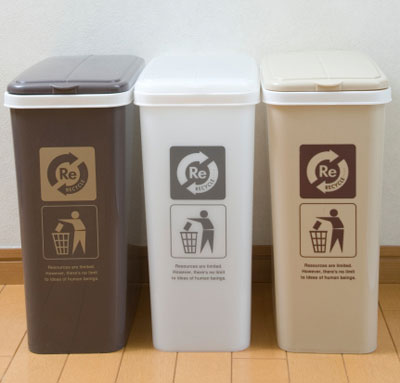 Environmental sustainability happens in the field and in the offices at Earthwatch. In September 2006, the group hired Abbott Strategies, an environmental sustainability firm, to help it move toward carbon neutrality, or reduce its carbon emissions by producing less waste and relying on more renewable energy in the following ways: slashing paper usage, offsetting travel by purchasing carbon credits and relying on nearby suppliers.

­To conserve paper, Earthwatch has decreased paper mailings by increasing its e-mail communications. E-mail can save paper and ameliorate the impact of transporting mail around the country. The group also encourages employees to save paper by printing on both sides or by using the blank side of scrap paper. In 2006, they saved 208 pounds (94 kilograms) of paper by using scrap paper for printing, which comes out to less than one pound per person per week [source: Earthwatch].

As of 2006, Earthwatch offset the carbon dioxide emissions of all air and ground travel of its staff, as well as all travel associated with Earthwatch events. In 2007, the group raised the bar and began offsetting all volunteer travel from the person's home city to the starting point of their expedition by purchasing carbon credits from sources that can verify that real reductions in carbon dioxide are made. Examples are green-energy projects involving renewable energy, energy efficiency and forest restoration. The organization is also investigating ways to minimize carbon emissions, rather than offset them after the fact.

Earthwatc­h strives not only to minimize its environmental impact, but also its social impact on the communities it serves. On expeditions, groups use local suppliers when feasible to cut the negative impacts of transportation. In addition, the group uses local suppliers to benefit the local economy, tries to fill available jobs with locals and involves community members in projects as much as possible. For example, a research team on Kangaroo Island uses locally grown vegetables and dairy products, and a scientist in Sri Lanka has set up a Field Scouts Program to train and recruit local youth to become future naturalists, guides or conservation professionals [source: Earthwatch].

To learn more about Earthwatch's projects and accomplishments, as well as how you can get involved, be sure to explore the links on the following page.