How Eco-Friendly is YOUR Favorite Superhero?

by Jesslyn Shields Dec 20, 2017
Everyone has a carbon footprint, even our favorite superheroes. Ollie Millington/Getty Images

If you're out there saving humanity from supervillains, does it matter how many pounds of carbon you use to do it? Gotham City would have been obliterated a hundred times over if Batman weren't constantly bailing it out of trouble, but that Batmobile sure is a gas guzzler, not to mention the Batwing airplane, and the electricity bill for the Batcave is probably astronomical. So, is all that do-gooding really good after all?

Some researchers from Stanford University recently presented a poster at the American Geophysical Union's 2017 Fall Meeting in New Orleans entitled "Stop Saving the Planet! Carbon Accounting of Superheroes and Their Impacts on Climate Change." The point of the project was to bring awareness to the fact that everybody on this planet has a carbon footprint, which is just a calculation of how much carbon each of us uses in our daily activities such as driving, eating, and heating and cooling our houses. We've all got one, but the average American's carbon footprint is around 44,000 pounds (20,000 kg) of carbon per year. An average person in the United Arab Emirates uses a good bit more, the average Peruvian uses considerably less. But what about your average superhero?

Well, according to the study, they're all over the map. Take Superman: According to the comics, the Man of Steel is entirely solar powered, which nets him a carbon footprint of zero, bless him. That's not the case for every good Samaritan in a cape, however. The Oracle — erstwhile Batgirl-turned-computer-hacker — might weigh in at a conservative estimate of 151,000 pounds (68,500 kg), but the figure might be as many as 320 million pounds (145 million kg), depending on how many servers she's running. The Flash, who can run near the speed of light, would require an insane number of calories — equalling somewhere between 131 pounds (59.5 kg) to nearly 89.5 million pounds (40.5 million kg) of carbon — to accomplish this feat.

But isn't this a kind of silly question for serious scientists to spend their time exploring?

Now That's Interesting
Next, Traer is setting his sights on the carbon footprint of Supervillians. "One of my favorites," he said, "is Mr. Freeze, because refrigeration carries a pretty horrendous carbon footprint."

The Many Faces of Santa: From St. Nicholas to Saxy Santa

Wine Glasses Have Doubled in Size Since the '90s 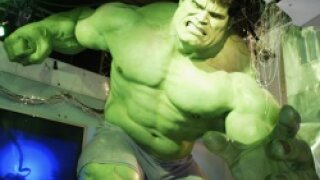 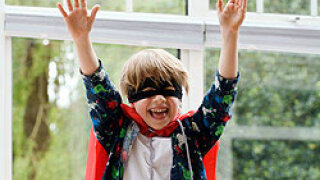 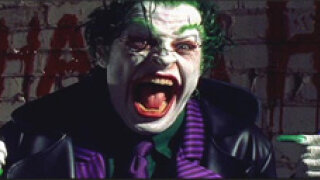