Why Throw Out Packaging When You Could Just Eat It?

by Alia Hoyt Sep 12, 2017
This edible cup from Loliware has a citrus flavor. LOLIWARE

All of those milk jugs, pizza boxes and egg cartons really pile up — food wrapping and containers contribute to a significant chunk of the 23 percent of packaging-related landfill additions each year. Fortunately, although overall waste has continued to rise about 20 percent, packaging waste has actually decreased, in large part because manufacturers have learned how to more smartly encase their products. Now, forward-thinking scientists are being even more proactive about the issue by steering away from traditional packaging in favor of edible alternatives.

The edible packaging trend fits right into the "reduce, reuse, recycle" tenet by eliminating materials which require fossil fuels to produce and usually wind up in a landfill somewhere. And this emerging industry isn't chump change, either. One report estimates that the edible packaging market will be valued at $1.1 billion by 2023, a sizable increase from the $697 million value in 2016. Whether edible packaging becomes standard on food items depends a lot on overcoming the developmental hurdles of producing them as well as reducing the cost of making them. Here are three examples of emerging edible packaging options:

1. Edible Cups for Beverages and Sundaes

Loliware edible cups are made using organic sweeteners and seaweed, and their flavors and colors come from vegetables and fruits. The gelatin-free cups currently come in flavors like vanilla bean, tart cherry and citrus and cost $16 for a pack of four. Any part you don't eat can be composted. The company's founders, Chelsea Briganti and Leigh Ann Tucker, were featured on the TV show Shark Tank and have big plans for the biodegradable brand. Eventually, they hope to expand into tableware and packaging, like straws and water bottles.

They're also partnering with nutrition company DSM to develop a line of cups, called Lolivita, which contain dietary supplements and vitamins. These would include specialty cups like a protein cup, electrolyte cup or an energy cup.

United States Department of Agriculture (USDA) researcher Peggy Tomasula and her team are developing a thin film made with the milk protein casein that can be used to wrap cheeses and other foods.

"Since we make milk-based films and coatings, these films and coatings are ideally used for foods already containing dairy or have the expectations of being used with dairy," Tomasula explains in an email interview.

The casein film is completely edible, but also biodegradable, and resembles the traditional plastic it replaces. However, the film is also about 500 times superior to standard-issue plastic at keeping oxygen out, effectively keeping food from spoiling prematurely. This is another key component of the conservation effort, since food spoilage is a major waste issue, with more than 34 million tons (31 million metric tons) of perfectly good food unceremoniously dumped in 2010 alone.

The film is still in development, but Tomasula hopes to see broad release in the next year or two. "There really aren't many types of edible packaging films to speak of. Most of the films to date are water sensitive and water soluble; they don't do well in humid conditions," she says. "We are able to manipulate the formulations, though, so that we can control these properties."

Scientists from Martin Luther University Halle-Wittenberg (MLU) in Germany are hoping to render those little plastic milk containers people use with coffee obsolete by developing dissolvable milk pods. The pods, which come in two flavors (sweet and lightly sweetened) are likened to sugar cubes filled with milk or condensed milk.

"A crystalline crust forms a type of packaging around the capsules that easily dissolves in hot liquid," explains researcher Martha Wellner in an MLU press release. The pods won't be on the market for some time yet, however, as they're still being evaluated for safety and manufacturing purposes. A sugar-free option is in the works as well. You can read all about it in the journal Chemical Engineering & Technology.

Now That's Cool
Are you tired of waxy birthday candles making a big ol' mess of your cake? Make celebrations even tastier by using edible candles by Let Them Eat Candles, instead. Just make sure to pull out the wick before chowing down

Can FEMA's Disaster Relief Fund Ever Run Out of Money? 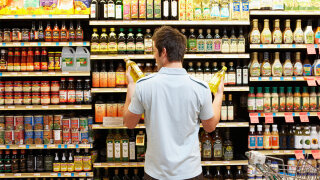 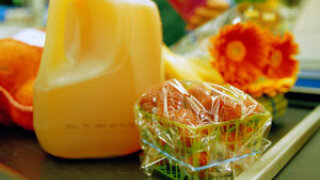 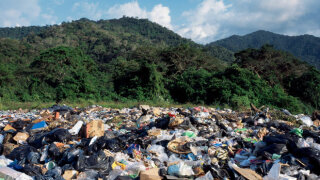