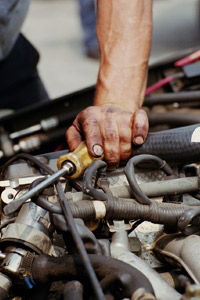 Is there a way to make our cars more efficient without scrapping the whole engine?
Reza Estakhrian/Taxi/­Getty Images

For decades, scientists have been working to increase the efficiency of internal combustion engines. From pollution and energy-dependence standpoints, hydrogen and electricity are far preferable energy sources than gasoline, but they require completely new engines. Those new engines are expensive -- and they'll require new cars, which are even more expensive. But if we could increase the efficiency of current engines by simply adding a part to the process, that would be a good first step toward saving the planet and our money.

You might be surprised to know there are such parts on the market. A relatively popular one uses magnetism. The idea behind that add-on device is that applying a magnetic field to fuel alters its electrical properties, and that alteration increases fuel efficiency and horsepower by 10 to 20 percent. This magnetic piece is clamped to the outside of the fuel line to apply the field before the fuel is injected into the engine for combustion. So why don't we all have these magnets in our cars? Because there's a lack of hard evidence that the concept works [source: Powell].

­Other devices are more reliably effective, but more difficult to install. For instance, you can apply an electrostatic charge to the fuel at the nozzle of the fuel injector. The electrostatic charge reduces the viscosity of the fuel by causing all of the fuel atoms to take on a negative charge. The atoms then repel each other, and the fuel becomes thinner in consistency. The fuel breaks up into smaller particles when the fuel injector spits it out, and smaller particles burn more co­mpletely. This theory is well-received in the scientific community. The problem is, this approach requires a completely different fuel injector than what is currently built into car engines. The same goes for a device that reduces fuel viscosity by applying greater pressure to the fuel. This also requires a new type of injector. It's not a simple replacement.

­Recent research, though, has applied a similar principle in a way that's easier to implement in our engines. It uses electricity, too, but applies it in a different way. In this article, we'll find out what scientists have discovered about fuel and how much the discovery could improve the fuel efficiency of our cars. The innovation relies on something called electrorheology. 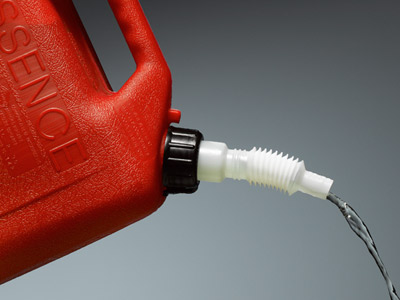 ­For lots more information on electrorheology, fuel efficiency, car engines and related topics, look over the links on the next page. 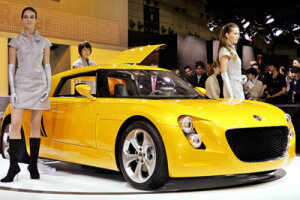