What environmental issues will the next generation face?

Browse the article What environmental issues will the next generation face? 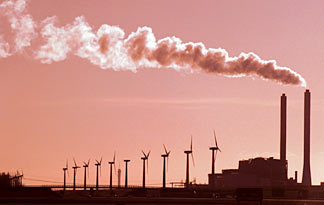 Are you worried about the environment?
John Foxx/Thinkstock

Greenhouse gases, CFCs, oil guzzling cars and smoke-belching industry. We don't lack examples of environmental threats that have occupied the previous generations. But with the sprinting pace of technology, what issues will the next generation face?

On the next page, discover what issues people will face.

People: The Next Generation

First, what is the "next generation"? (Hint: not a "Star Trek" spin-off.) Generation spans are notoriously tricky to define; for our purposes, let's just say that we're referring to present seniors in high school (as of 2011) and younger. The name for this generation is as vague as the dates we use to identify them: Generation Z, Generation Naught, Generation @, Generation M, the Internet Generation and others have all been used. Like all good students, we'll follow what our teachers tell us: The California Teachers Association calls them Generation Z, and we will too.

In the two or so previous generations to Generation Z, environmental protection and change went from emerging to emergency. As more science focused on the way our environment had changed after the Industrial Revolution, there was a general consensus amongst environmental activists and researchers that climate change was the primary issue to be addressed.

Shift Away From Climate Change

Generation Z will have to confront how seriously climate fluctuations affect countries marked by poverty. The United Nations Environmental Programme points out that poor countries are much more vulnerable to catastrophe spawned by severe weather systems. It could very well be that the next generation of environmentalists will have to address global poverty and resource allocation as much as previous generations have responded to consumption and pollution.

If those recommendations seem rather mundane, let's really get outside the box to see what issues future generations will face. How about invasive species … in the form of robots?

Killer Robots and the Dark Side of "Green"

OK, perhaps we shouldn’t sound the alarm yet. But William Sutherland, a zoologist at the University of Cambridge in the United Kingdom, did organize workshops to highlight upcoming environmental threats. The possibility was raised that our own robotic creations could take us over "Terminator"-style or maybe just have a negative impact on the environment. Even current popular environmentally-friendly ideas like offshore power generation could have an impact on delicate marine ecosystems. Wind power -- a very tantalizing "green" energy source -- will need to be assessed and monitored for its damage to the avian and entomological populations.

Whatever the future holds, Generation Z will need to be vigilant about continuing to monitor environmental trends. Leaning forward to forecast the environmental impact of new technology will be of utmost importance.