What is Forest Stewardship Council certification? 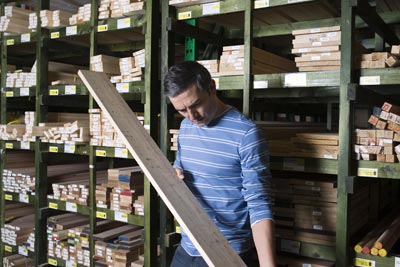 One key to the FSC's success is customer preference for buying wood with the FSC logo.
B2M Productions/Digital Vision/Getty Images

Although certification is done on a volunteer-basis, the FSC has significantly impacted the forest industry. By 2008, FSC certified forests spanned 100 million hectares (7 percent of the world's productive forests) in more than 79 countries [source: FSC]. At FSC's inception, many companies were already following FSC-type standards, and they quickly joined the council to prove their dedication to the cause. The success of the FSC's desirable logo encourages other companies to improve their sustainable management practices [source: Diamond].

So what does it take to get the rest of the forest industry on board? If FSC-endorsed products gain market share, it will create an economic incentive for the remaining retailers, wholesalers and suppliers to earn certification. As the green trend continues, more people buy products from companies that demonstrate dedication to responsible practices.

To illustrate market share and customer preference, let's look at tests performed in Home Depot stores in Oregon. This test set up bins of FSC-certified wood alongside unmarked wood showed that customers largely preferred the FSC product when both are the same price. When the FSC wood was 2 percent more expensive, 37 percent of customers still chose the FSC wood [source: Diamond]. This is especially significant considering the low profile that FSC has in the U.S. In some countries like the Netherlands, public service announcements have helped boost customer awareness and preference for FSC products. The increasingly environmentally-aware consumer has contributed to what FSC estimates is $20 billion worth of sales in certified products [source: FSC].

Much of FSC's success depends on whether retailers stock certified products. Home Depot, the world's largest retailer of timber, has announced a preference for FSC wood. Although the company wanted to exclusively sell FSC-certified wood, the supply isn't keeping up with the demand [source: Chiras]. Lowes, the second largest retailer of timber, and IKEA, the furniture company, have also shown support [source: Diamond, Clifford]. Momentum is picking up so that Home Depot and other stores are now pressuring their wood suppliers to seek FSC certification [source: Diamond].

Overall, the incentive for certification seems to be growing, which says something about the FSC's influence on forest products.

For more information on the FSC and other related topics, explore the great links below.

After the FSC was launched, members of the timber and paper industries formed a competing certification group, the Sustainable Forestry Initiative (SFI). To meet what it considers more practical and cost-effective goals, the SFI's requirements are generally less stringent than the FSC's. For instance, it allows more tolerance for plantations, and it leaves labor issues up to U.S. law. Since its founding, the SFI has become independent of its founding organization, the American Forest and Paper Association. It's also added representatives from environmental groups to its board, which earned it some credibility from its critics [source Grewell].