Could free energy be only one flush away? 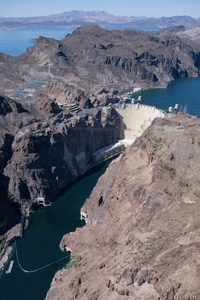 The Hoover Dam generates a lot of power, but it also takes up a lot of space. See more renewing the grid pictures.
Larry Dale Gordon/The Image Bank/Getty Images

­Hydroelectric power has never been a small opera­tion. Dams constructed to capture energy from massive amounts of moving water supply about 25 percent of the world's electricity [source: Bonsor]. The concept is fairly simple: Moving fluid has energy. In this case, the fluid is water, but wind turbines work on the same principle using air as the fluid. So, place a series of turbine blades in the path of rushing water, and the water is going to spin them. In spinning the blades, the water is transferring its energy to the turbine.

The turbine then transforms this energy of movement into electrical energy. In its simplest form, the rotation of the blades spins a shaft, and the shaft spins an electrical generator. The generator produces electricity, which travels to a central power grid and gets added to the overall pot of power we use to run our lives.

Hydroelectric power is the most popular form of "alternative" energy generation in the United States today -- but it doesn't com­e cheap, a­nd it's not a compact system [source: Bonsor]. These traits limit hydroelectric turbines to a small niche. There are a lot of smaller sources of water in the world that remain untapped because of the size and cost of traditional water-turbine systems. The flow has to be pretty powerful to justify spending millions of dollars to harness it.

So where are we losing potential water power?

A lot of areas, it turns out. A company has developed a new turbine system that could open up the possibilities in terms of harnessing the energy in flowing water. In this article, we'll take a look at this invention and find out what it could mean for the future of water power. Perhaps most intriguing in all of this -- can we start harnessing the energy in a toilet flush?

Benkatina: Power in a Pipe 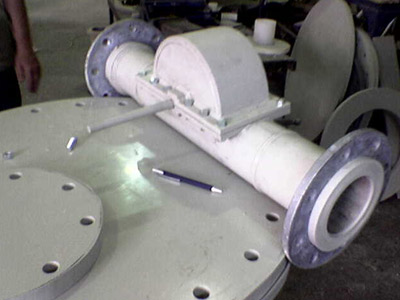 The Benkatina turbine is enclosed in a pipe so it can fit into existing piped-water systems.
Courtesy of Leviathan Energy

­One­ of the latest developments in water power takes the hydro-turbine to a whole new level. A much smaller level.

An Israeli company named Leviathan created a water turbine that could open the field for potential energy sources. The "low-cost" Benkatina turbine has several traits that distinguish it from traditional water turbines [source: Kloosterman]:

Another interesting application has to do with the way water loses some of its pressure when it transfers its energy to the turbine. Pressure reduction can fix leaks in a pipe system. Companies or municipalities that have been dragging their feet on fixing leaks would have an economic inducement to reduce water waste: Fix leaks and lower the electricity bill at the same time.

Can individuals do the same thing by slipping a Benkatina into a toilet's outgoing pipe? Theoretically, yes -- you can put one in there if you want. It's not going to generate much power, though, unless you flush your toilet constantly, all day every day [source: Leviathan]. And in that case, the cost/benefit analysis has to go against you.

But it looks like the Benkatina might be implemented in slightly larger water systems soon. Leviathan plans to start selling the turbines in the United States as early as late 2008.

For more information on Benkatina and other new new-energy technologies, look over the links on the next page.