by Jesslyn Shields Sep 21, 2018
Imagine a pesticide made of fungi that could fend off unwanted insects, while leaving other living organisms unharmed. It may sound fanciful, but it exists. Simon Gakhar/Getty Images

Poisoning various things in nature is big business. In the year 2012 — the last time the U.S. Environmental Protection Agency's (EPA) published a report on the subject — chemical pesticide sales in the United States amounted to nearly $14 billion. That's around 1.1 billion pounds (0.5 billion kilograms) of chemicals like chlorine, formaldehyde and arsenic dumped on the landscape in a single year.

But let's face it: We wouldn't have a robust agricultural system we have if it weren't for pesticides killing unwanted critters.

But let's also face it: Synthetic pesticides don't just affect the targeted organisms. Our heavy insecticide use isn't doing humans and wildlife any favors, either.

Imagine a pesticide that could fend off unwanted insects while leaving everybody else alone. It's possible! The technology exists, it just requires approval by the EPA — and that we become OK with the idea of weaponizing parasitic fungi to feed on the innards of insects for our own agricultural gain.

Much of the promising new research on "biopesticides" centers around fungi that kill or disable insects. The reason for this is that, while some biopesticides fend off pests or screw up their mating cycles, these mushroom-based pesticides take no prisoners.

Mycologist Paul Stamets has patented two fungus-based insecticides — one that's targeted toward fire ants, carpenter ants and termites, and the other toward a more general audience of around 200,000 insect species. These pesticides seem delicious enough to lure insects to them, and once the bugs have eaten them, the fungi sporulates and sprouts inside them, feeding on their internal tissue until they die and a tiny mushroom sprouts from their heads, which is how you know it worked.

Fungi are living things, just like insects are, capable of evolving and adapting. Many synthetic pesticides have lost efficacy over the years because the target insects have just evolved and built up tolerance to them. But like any other relationship between parasite and host, predator and prey, the fungus-based biopesticides have the ability to evolve right along with any adaptation the insects might come up with to hinder them. They are also nontoxic to humans and other wildlife — including bees and other good pollinators, which have really taken the brunt of our love affair with chemical pesticides over the years.

Some downsides of mushroom-based pesticides are price and finickiness: They could easily cost farmers 20 times more than they're used to paying for pesticides, and like other living things, they're sensitive to environmental conditions like temperature and humidity.

But wouldn't it all be worth it if they could just find a fungus to devour mosquitoes from the inside out?

Now That's Interesting
One victim of chemical pesticides is the rusty patched bumble bee — it was the first bee to be listed under the Endangered Species Act in the United States after it's numbers plummeted due to habitat loss and exposure to pesticides. 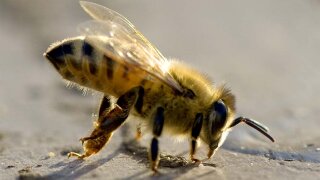 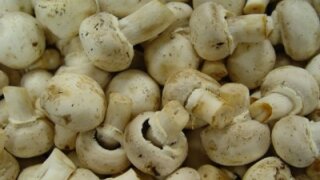 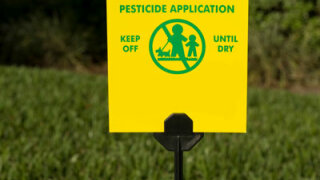 How Using Pesticides in Landscaping Works