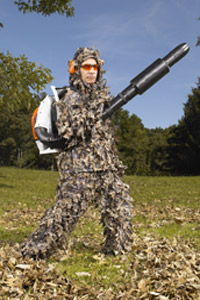 In fashion circles, critics talk about brown being the new black, knee length being the new mini and organic cotton being the new leather. In more scientific circles (and as a growing body of evidence indicates), people are talking about autumn becoming the new spring.

Global warming, an increase in the Earth's temperatures due to human activity, has been blamed for a number of things, from the decline in polar bear populations to a shorter ski season. Other recent evidence links the rise in world temperatures to deadlier storms and disappearing species, which might make the effect of global warming on autumn seem trivial by comparison.

Nevertheless, for those of us who relish nature's changing of the guard, the disappearance of autumn would be devastating. The only upside might be the associated disappearance of those annoying leaf blowers. As far as science is concerned, the question is no longer if global warming will affect autumn, but how.

Seasons already vary widely around the world due to the different angles of the Earth relative to the sun. The theories of how global warming will impact future weather patterns and climate are just as varied. Some research suggests the Am­azon rainforest could become a desert within the century, while other models forecast an impending ice age [source: Lean and Pearce, Pearce].

While it's certain that climate change is happening, what's not for sure is how that climate change will look in places like the western United States versus the northern Himalayas. Although this article can't possibly address all the possible scenarios for how global warming will affect autumn, it can at least pinpoint a few of the repercussions that are most likely to happen -- or in some cases, already happening.

­If the autumn season is one of your favor­ites, brace yourself. Getting used to autumn's changes may require more than simply buying a longer khaki skirt. 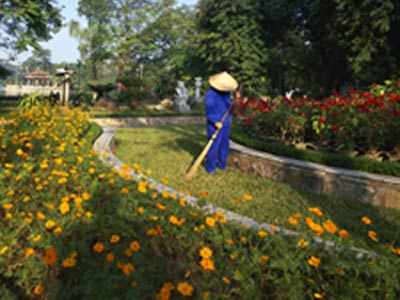