What will global warming do to the wine industry? 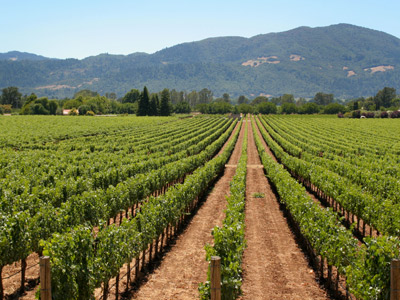 Vineyards may soon be relocating to places like Finland and Ireland.
iStockphoto.com/THEPALMER

Through the process of photosynthesis, plants use sunlight, carbon dioxide (CO2 ) and water to make sugar. When temperatures and levels of CO2 increase, grapes ripen more quickly resulting in fruit with higher concentrations of sugars, lower acidity and higher pH levels. What the wine industry is facing is not only a change in temperature but a change to the very ingredients of the terroir. Resulting wines end up being less delicate with higher alcohol content.

A recent paper published in "The Proceedings of the National Academy of Sciences" found that if climate change patterns play out as expected (with hotter temperatures, extreme heat waves and droughts), viable grape-growing regions will shrink worldwide by nearly 80 percent by 2100 [source: Weise].

Growing seasons have already changed: Over the last 50 years, seasonal temperatures have increased by an average of 3.6 degrees F (2 degrees C) in Spain, a high-quality wine-producing region [source: Wood]. France, too, has seen the effects of climate change. Between 1945 and 1999, temperatures rose enough to move harvests forward by three weeks to a month across many French vineyards [source: COSMOS].

In the United States], climate change threatens grapes in Napa, Sonoma and Santa Barbara counties. Over the past 75 years in Napa, for instance, temperatures have risen nearly 5 degrees F (3 degrees C) while the growing season has increased by more than 50 days [source: Weise]. By 2050 it's predicted that large areas of southern Italy, the Iberian Peninsula, Australia, California, South Africa and southern France will no longer be able to support the growth of wine grapes because of the hotter weather.

While it may be the death knell for your favorite wine, the effects of climate change are also opening up new countries to the wine business. Regions with perfect winegrowing conditions are shifting, and vineyards are beginning to pop up in southern England, Denmark, Sweden and Finland. One United Nations model predicts the geography of wine growing could shift on average 111 miles (180 kilometers) to the north of where we currently know it to be [source: COSMOS].

In the meantime, and before we're able to break open a bottle of Irish pinot noir, winegrowers are trying methods of mitigating the effects of global warming on their crops. Some are buying up high-altitude properties where temperatures are cooler, reducing sun exposure by planting vineyards on north-facing slopes (south-facing in the Southern Hemisphere) and harvesting earlier.