What are green-collar jobs?

What Makes a Job Green-collar? 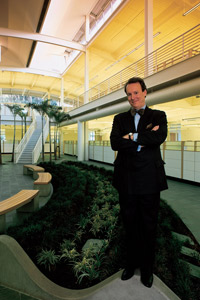 ­The term "green-collar job" has been around since the late 1990s. The nonprofit organization Sightline Institute helped coin the phrase. In 1999, its director, Alan Durning, wrote a book of the same name investigating the changing job market in the Northwest.

The term "white-collar jobs" was introduced in the early 20th century to describe salaried professionals who work in an office or sales job. The idea of blue-collar jobs came along after the post-World War II industrial boom to describe more manual jobs.

The description of a green-collar job falls somewhere between that of white collar and blue collar. Some positions are manual -- for example, constructing the steel blades used in wind turbines. Others are managerial ­or scientific -- such as designing energy-efficient buildings or planning out green space for a city.

Any of the following can be considered green-collar jobs:

­Determining whether a job is green-collar can sometimes be fuzzy, because some companies are involved in making both traditional and environmentally friendly products. Take, for example, people who work in a mill that produces steel for both big SUVs and wind turbines. Are they green-collar or blue-collar workers? Do the lawyers who work for a biodiesel company have white-collar or green-collar jobs? The answers depend on how you look at the job and its responsibilities.