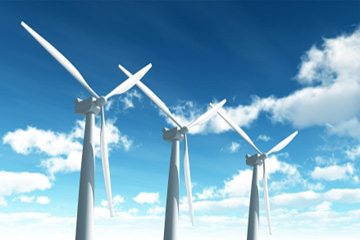 The global financial crisis that took hold in 2008 was a wake-up call for business and government leaders worldwide. It's no longer realistic to pursue a business model that promotes growth at all costs. Unsustainable growth, after all, was at the heart of the U.S. real estate bubble that triggered the collapse. Unfettered expansion, scientists also warn, only increases our appetite for oil and other fossil fuels that contribute to global climate change. In the post-crisis economy, business and government leaders around the world have rallied around a new flag: sustainability.

By now, you've certainly heard of "going green." Well, green energy is sustainable energy. Also known as clean energy or renewable energy, green energy refers to electricity or fuel that is derived from renewable sources like the sun, wind, water, geothermal energy and biomass. Green energy, unlike fossil fuels, does not damage the environment to capture it or use it [source: ACORE]. But green energy is more than just a feel-good environmental movement. It is also widely viewed as the best prospect for business and job growth over the next decade.

U.S. President Barack Obama has identified the green energy sector -- he calls it "clean technology" -- as the catalyst for domestic job creation and long-term economic growth. United Nations Secretary-General Ban Ki-Moon has also stated that sustainable energy will drive global economic growth in the near future. Even if investors don't buy the hype, they can't ignore the headlines. Oil prices are skyrocketing, thanks in part to Middle East unrest, the BP oil spill in the Gulf of Mexico and the near meltdown of several Japanese nuclear reactors have further soured investors on the safety and viability of conventional energy production [source: Shell].

As a result, money is pouring into the green energy sector from governments, institutional investors and individual investors worldwide.

While the United States government has promised $172 billion in green energy investments over the next five years, those numbers are eclipsed by China, which plans to invest $397 billion over that same period [source: Jenkins].

Where, exactly, is all of this money going? On the next page, we'll talk about the major green energy industries that are expected to carry the economy of the future.

Solar power is another huge driver of global business growth. Decades of research and development in photovoltaic (PV) cell technology has increased the efficiency of solar panels by five times their 1980s strength and new manufacturing techniques promise to lower the production costs of PV cells by 50 percent [source: EERE]. China has leapt headlong into the solar market, producing more than half of the world's solar panels. Since the Chinese government heavily subsidizes its solar industry, the price of solar panels has fallen by two-thirds over the past three years, driving some American solar companies to move production overseas [source: Bradsher].

Biomass energy is a broad category that includes any fuel course derived from plants. Ethanol is the most widely known example of biomass energy. In the U.S., it's made from corn, but it can be derived from any plant material, such as sugar cane. While ethanol has run into some strong opposition (too much land and water used to grow corn, too many tax credits for the oil industries,), there is increased investor interest in biodiesel, a cleaner-burning fuel derived from any number of vegetable-based oils, including recycled cooking oil.

The rise in green energy investment has led to the promise of more green-collar jobs. On the next page, we'll see how green energy is fueling job growth. 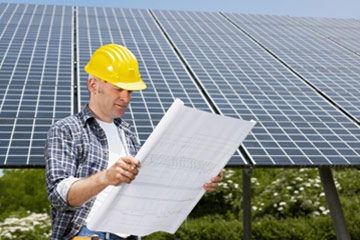 A study by the Pew Charitable Trusts found that green jobs in the U.S. grew 9.1 percent from 1998 to 2007, while job growth in the economy as a whole only grew 3.7 percent over that same period [source: Galbraith]. And that was before the economic collapse sent investors flocking to green energy. Green jobs, including green energy jobs, are now being listed among the fastest-growing careers of the next decade.

The only question is: What exactly is a green job? Luckily, the Bureau of Labor Statistics (BLS) is on the case. The BLS received funding in 2010 to begin tracking the growth of the green jobs sector, but to do so it had to come up with a clear definition. According to the BLS, your job qualifies as "green" if you work for a company that directly supplies environmentally friendly products and services (like a solar panel manufacturer) or a company that consciously institutes environmentally friendly practices (like powering its assembly line with rooftop solar panels). The BLS is sending out employer surveys to further determine which job titles are most closely related to the green aspects of the business. For example, does the janitor who cleans the factory with the rooftop solar panels count as a green job? Probably not.

One concern to green energy investors is whether there are enough qualified American workers to respond to the imminent demand for solar panel installers, wind turbine welders, and every flavor of engineer. The Green Jobs Act of 2007 authorized $125 million a year to create something called the Energy Efficiency and Renewable Energy Worker Training Program. The actual funding for the program didn't arrive until 2009, when $500 million of stimulus fund money was earmarked for training the American workforce for the impending green economy. In recent years, the Department of Labor and the Department of Energy have used the funding to create programs like the Energy Training Partnership Grants, the Pathways Out of Poverty program, and the Solar Instructor Training Network, all of which give lower-income workers the job skills to thrive in the green workforce.

For lots more information about green energy, alternative fuels and clean technology, head to the links on the next page.