Browse the article As Light Pollution Grows, Much of Humanity Can't See the Milky Way 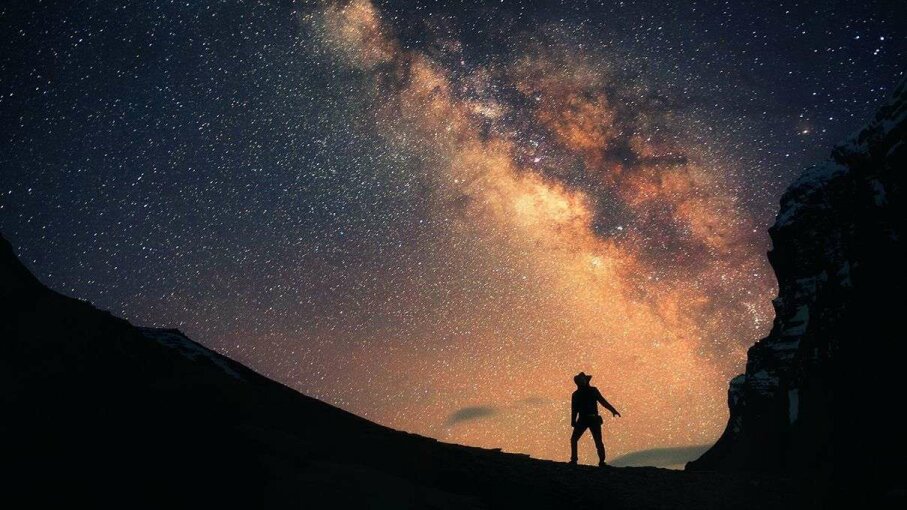 New analysis of the world's light pollution finds that a significant portion of the planet's population can't see the rest of our galaxy. Anton Jankovoy/Getty Images

For thousands of years, humans have used the stars in the night sky to navigate, orient themselves, and simply offer a nighttime spectacle. But today, a full third of the people living on Earth can't see the Milky Way galaxy, according to a new tool to measure global light pollution — and the same holds true for 80 percent of those living in the United States.

And while one in three people live somewhere to bright they can't see the Milky Way, a full 99 percent of the people on the planet live under a night sky affected to some degree by light pollution.

"We've got whole generations of people in the United States who have never seen the Milky Way," said Chris Elvidge, a scientist with NOAA's National Centers for Environmental Information, in a press release announcing the findings. "It's a big part of our connection to the cosmos — and it's been lost."

A team of American and Italian scientists created an atlas of the world's light pollution a decade ago. The same scientists recently undertook an effort to update the measurements, analyzing the world's current state of light pollution with new instruments and methods. The scientists using high-resolution satellite data and measuring sky brightness from the ground, and found that ambient light — from cities, from automobiles, from rural farm equipment and more — is the worst it's ever been. The findings were published today in the journal Science Advances, and the researchers created an interactive light-pollution data map.

Two factors are at play in the increasing numbers: light pollution is getting worse, and the world's population is increasingly urbanizing, moving into cities that are becoming more densely populated.

The countries that have the most territory with dark sky include those with remote stretches of uninhabited land — Australia, Canada and Norway are among them — while countries with percentages of population experiencing the least light pollution are the African nations Chad, Central African Republic and Madagascar. Highly urbanized and densely populated nations like Singapore and Italy have the least opportunity for people to see the sky as it was for millennia. The scientists found that the eyesight of people living in such places can't fully adapt to natural night vision in dark conditions.

According to the researchers, "light-polluted" describes any night sky in which artificial light and ambient brightness "substantially obscures astronomical observations." It's not just professional and amateur astronomers who are losing out, though. Ever been awoken in the middle of the night by songbirds chirping at streetlights rather than the rising sun? Light pollution can have a serious impact on the natural habits of wildlife.

"I hope that this atlas will finally open the eyes of people to light pollution," said lead author Fabio Falchi, of Italy's Light Pollution Science and Technology Institute.

Now That's Interesting
Dung beetles are the only animal other than humans known to navigate using the Milky Way.