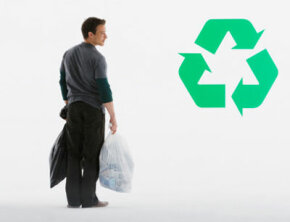 One of the things that guy is about to recycle could be better than the others. See more green living pictures.
Martin Barraud/Iconica/Getty Images

If you're one of the several million people living in cities like Seattle or San Diego where recycling is mandatory, then you're no stranger to the sticky tubs of peanut butter that need rinsing before they go in the bin. Even if your town doesn't mandate recycling but you live in one of the 9,000 areas with a curbside pickup program, you've probably stomped your fair share of aluminum cans [source: Earth 911].

Whether you are a Captain Planet protégé or a casual wannabe who just recycles when it's convenient, odds are you have wondered if recycling is all it's cracked up to be. Sure, it's good to cut down on the use of natural resources and use less energy, but doesn't the recycling process require energy, too? Doesn't it produce its own share of waste?

The answer is yes. And yes. But not all recycling is created equal. Some materials are more "worth it" than others. Although organizations like the National Recycling Coalition, Keep America Beautiful and the U.S. Environmental Protection Agency promote recycling and its benefits vigorously, many people still debate the wisdom behind it.

­Some people claim that curbside pickup puts more gas-guzzling trucks on the streets, thus contributing to air pollution. Others cite the billions of tons of printer cartridges sent off for recycling that find their way into rivers or incinerators in China. Some of the arguments are valid. There is a gray area concerning the pluses and minuses of recycling for the simple reason that it is difficult to follow a product through its life cycle, from the factory to you to the recycling center.

But while it can be difficult to measure the real energy inputs and outputs of recycling versus the alternative of creating the same object out of new material, one familiar recyclable good emerges a clear winner. Even recycling skeptics can't argue the benefits of recycling this common household item.

So what is it? On the next page, you'll find out what the hands-down winner is. You'll also see how some other commonly recycled items stack up against number one. Finally you will learn about a few items that may be better off in the trash, not the recycling bin. 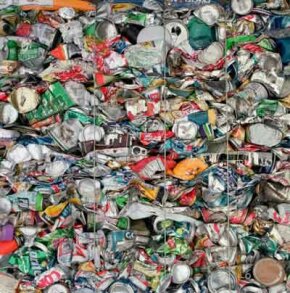 If you're anything like the people at HowStuffWorks, then odds are good you've already gone through several of these today. You're probably finishing off another one right now. Drawing a blank? I'm talking about the ubiquitous aluminum can. Sometimes touted as a recycling success story, aluminum cans are not only the most frequently recycled product, but also the most profitable and the most energy efficient.

The recycling of aluminum, which is made from bauxite ore, is a closed-loop process, meaning that no new materials are introduced along the way. Aluminum is infinitely recyclable: Cans can be recycled over and over again without degrading. Because of this efficiency, more than two-thirds of all the aluminum ever produced is still in use today [source: Aluminum Now]. So the next time you're feeling lazy and the recycling bin seems so much farther away than the garbage can, you might want to think about the following:

Not all recyclable products deserve the bragging rights that aluminum does, but some materials come close.

Steel: another recyclable metal made mainly from mined ore, requires 60 percent less energy to recycle than it does to make anew [source: Economist]. Recycling one ton of steel prevents the mining of 2,500 pounds (1,134 kilograms) of iron ore, 1,400 pounds (635 kilograms) of coal and 120 pounds (54 kilograms) of limestone [source: Scottsdale].

Plastic: usually downcycled, meaning it is recycled into something of lesser value like fleece or lumber, but requires 70 percent less energy to recycle than to produce from virgin materials [source: Economist]. And while some people argue that recycling plastic is a lost cause because of its tendency to weaken during reprocessing, manufacturing plastic from new materials requires the messy business of mining for oil and natural gas. Even if plastic can only be recycled once, that's one time that oil and natural gas can be saved.

The benefits from recycling some other materials are not as clear-cut. On the next page, we'll follow some e-waste (electronic waste) to China and look at why recycling printer cartridges and paper may not always be such a good thing.

Aluminum can be recycled into more than cans. Some companies are reshaping the recycled metal into innovative and fashionable goods. In Brazil, women crochet 100 percent recycled aluminum tabs into unique designer handbags for the U.S. company Escama. Not only does Escama do good business selling its unique handbags in markets around the world, but the women make seven to 15 times Brazil's minimum wage. Another U.S. company, Emeco, has designed a sleek, albeit shiny, chair made out of 80 percent recycled aluminum called the 20-06 chair. The hand-welded chair can support up to 45,000 pounds per square inch yet weighs a mere 5.5 pounds (2.5 kilograms) [source: Aluminum Now] 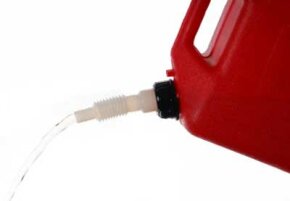 You might not recycle paper or printer cartridges, but recycling aluminum saves energy. When you toss out your cans, you might as well be pouring gasoline down the drain.
© iStockphoto.com/Jason Verschoor

Ever wonder what happens to your printer cartridges when you leave them at the office supply store or send them away in the mail? You might be surprised to learn that 80 percent of the e-waste that Americans drop off for recycling ends up in Asia. In 2004, the United States exported $3.1 billion worth of scrap to China, where recycling is largely unregulated and labor is cheap [source: Goldstein]. The demand for recyclables in China makes trash the U.S.'s biggest money-making export to the country, exceeding even electronics and airplane parts [source: Goldstein]. Not only does that transport use up a lot of gas, but it also dumps a lot of pollution into the atmosphere.

Countries like the U.S. might be able to justify sending their recyclables to another country if they were efficiently and responsibly recycled, but according to a report by the Basel Action Network, or BAN, those printer cartridges are only desirable because of the traces of ink they still contain. Once the ink is scraped out, the cartridges are either burned or discarded in the river, making the water unfit to drink. The water in the Lianjiang River in China has 200 times the acceptable amount of acid and 2,400 times the acceptable amount of lead [source: Judge].

While sending recyclable ink cartridges to rest in Chinese rivers is not a good idea, the answer to whether to recycle paper is not so obvious. On the one hand, it takes 40 percent less energy to recycle paper than it does to produce it from virgin stock -- half as much when it's newspaper. Recycling paper also prevents it from lying in a landfill [source: Economist]. On the other hand, paper gradually degrades during the recycling process, so it can only be recycled a few times.

Depending on where the paper is being recycled and how tight the controls are, paper recycling may produce up to 5,000 more gallons of contaminated wastewater per ton of paper than making it new [source: Sheffield]. When companies recycle paper, they mix it with water and usually chemicals to remove the ink. The water picks up traces of cadmium and lead, and if it's not reclaimed (or recovered), the chemicals and ink dyes are released into the watershed.

Critics of paper recycling also argue that trees are planted solely for the purpose of harvesting them for paper, so paper is a renewable resource [source: Sheffield]. Others, however, contend that old-growth forests often are cut down to make room for those tree stands [source: Grabianowski]. In the end, whether you think recycling paper or anything else is worthwhile is based on your priorities. Which is more important? Old-growth forests or clean lakes and streams? Keeping waste out of landfills or keeping chemicals out of the water?

Just as all products aren't created equal, all recycling processes aren't created equal either. Not all paper recycling plants emit contaminated water, and not all ink cartridges end up in the Lianjiang River. If you can ensure that your recyclables are going to a reputable facility, then recycle them. Otherwise, if you toss out the occasional ink cartridge or make a few free throws into the wastebasket, you may not need to beat yourself up. But if you've been throwing away all of your aluminum cans, you may want to think twice. For every case of soda or beer you chug and subsequently dump in the trash, you're essentially pouring an entire gallon of gasoline down the drain [source: Russell].

­For more interesting information about recycling, don't forget to investigate the links on the following page.

Jennifer Horton "What one thing should I recycle?" 24 March 2008.
HowStuffWorks.com. <https://science.howstuffworks.com/environmental/green-science/recycle-one-thing.htm> 7 May 2021
Print | Citation 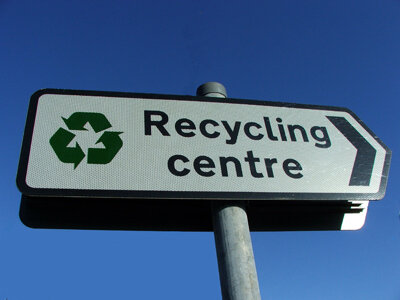 Up Next
How Recycling Works
Explore More 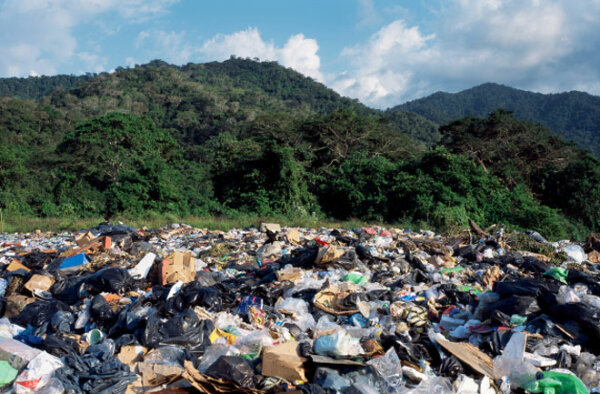